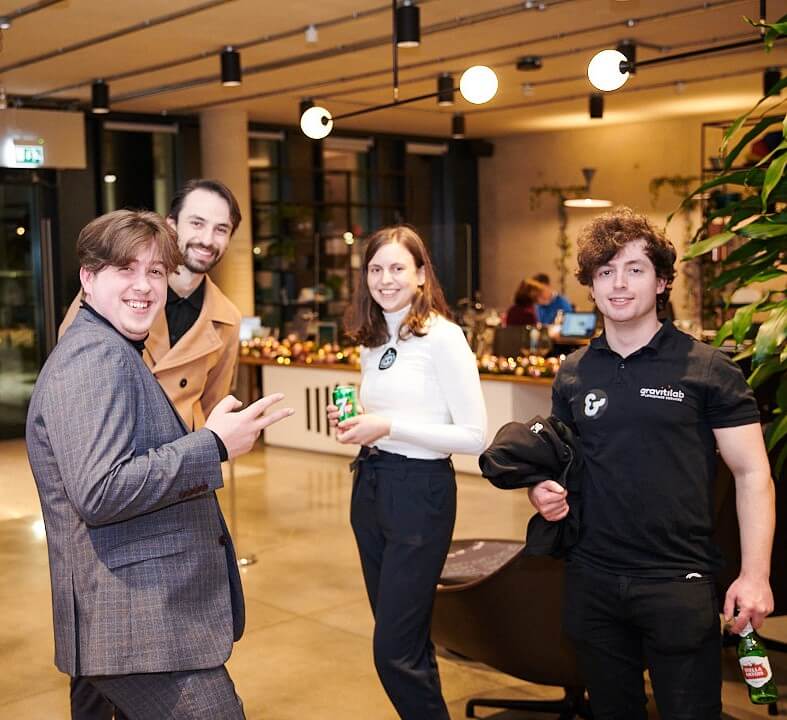 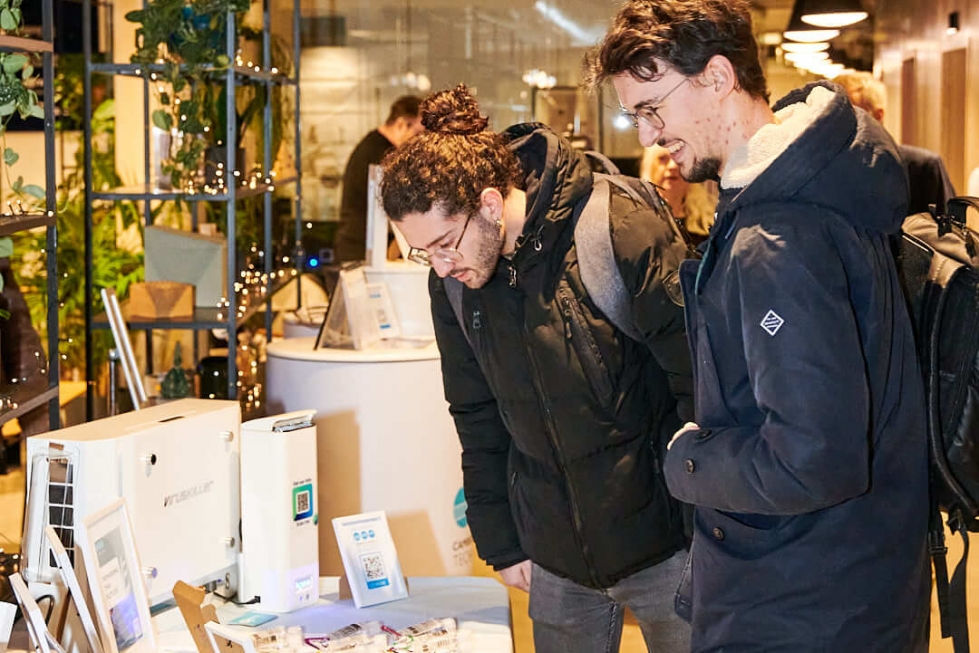 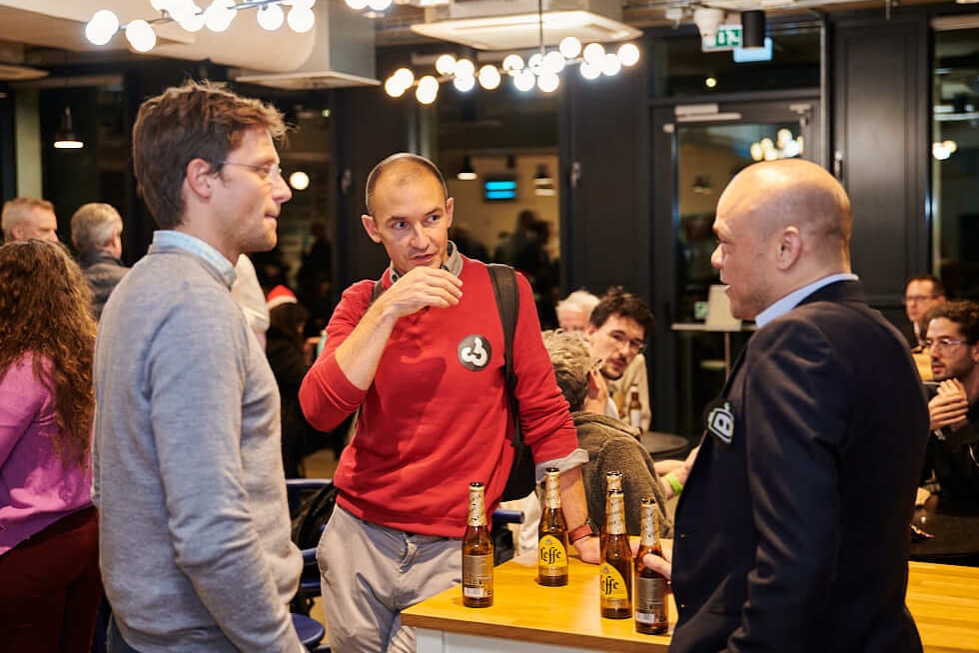 The first of December was welcomed in with a fantastic Tech-Mass night of tech talk at The Bradfield Centre, Cambridge with Tech and Beer. Cambridge Norwich Tech Corridor was delighted to be a headline sponsor with Virginia Beach Department for Economic Development at the event held on the 1st December. 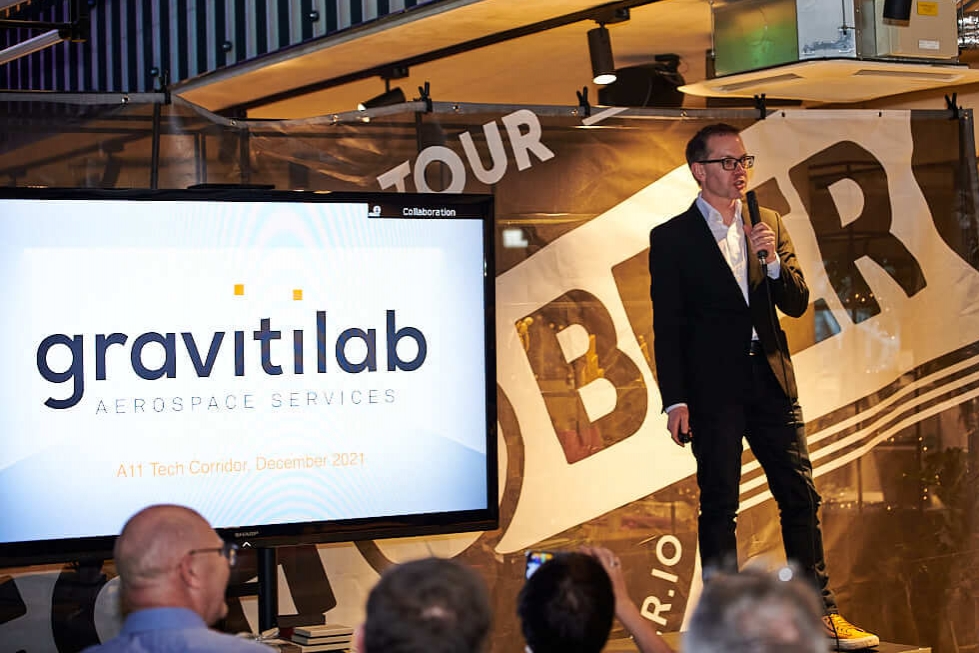 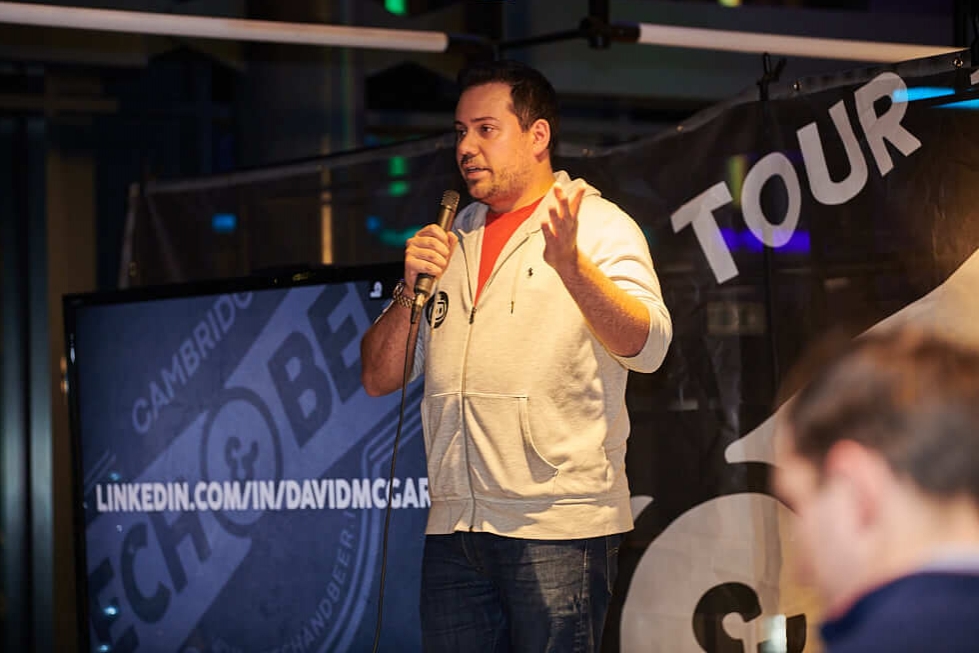 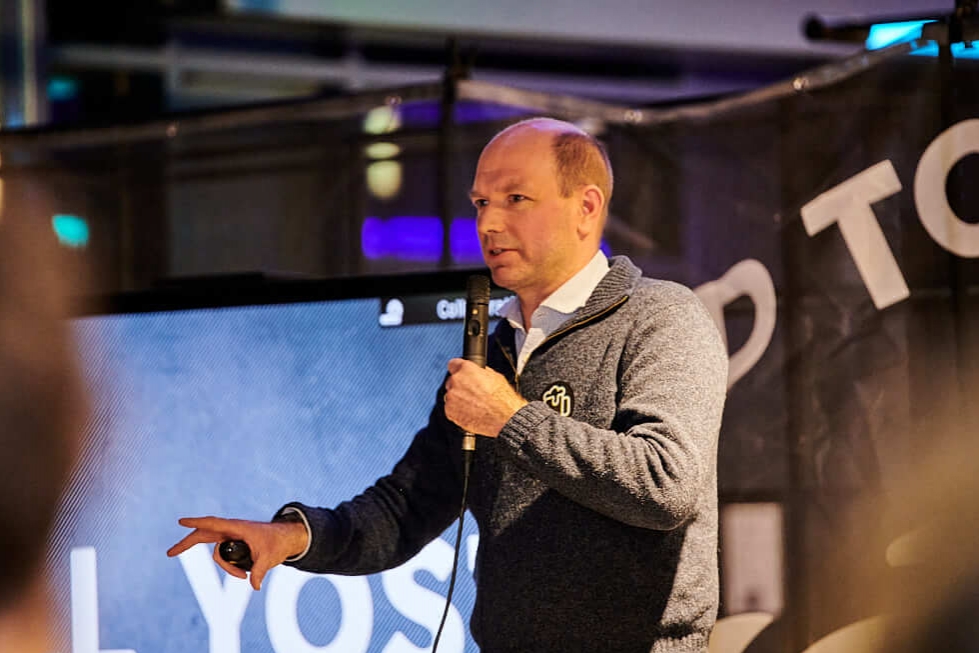 With a capacity crowd, the event featured amazing speakers from the world of tech, innovation and science. From the USA, Taylor Adams of City of Virginia Beach, helping UK Tech and Science businesses break into the lucrative US market, Rob Adlard of Gravitilab Aerospace Services, Stefan Innerhofer of VividQ, George Neville-Jones of Cambridge Future Tech, Neil Chivers and Bill Yost of founder turned funder at Foresight Ventures. Also speaking in the tech updates were David McGarry, Executive Director at EA First & Qubit Careers with his insight into jobs in tech and Niky Ellison from Immersive Studios delivering the “Reality Check” talking about the future of virtual reality.

As with all Tech and Beer events, the audience get their say on who is their favourite speaker of the night, which is always a tough decision. After some close fought competition, Stefan Innerhofer, Holographic Display and AR and Automotive expert from VividQ won the peoples choice! A bottle of bubbly with some great gifts from the Virginia Beach delegation were his prizes, as well as the accolade of being the top speaker of the night. 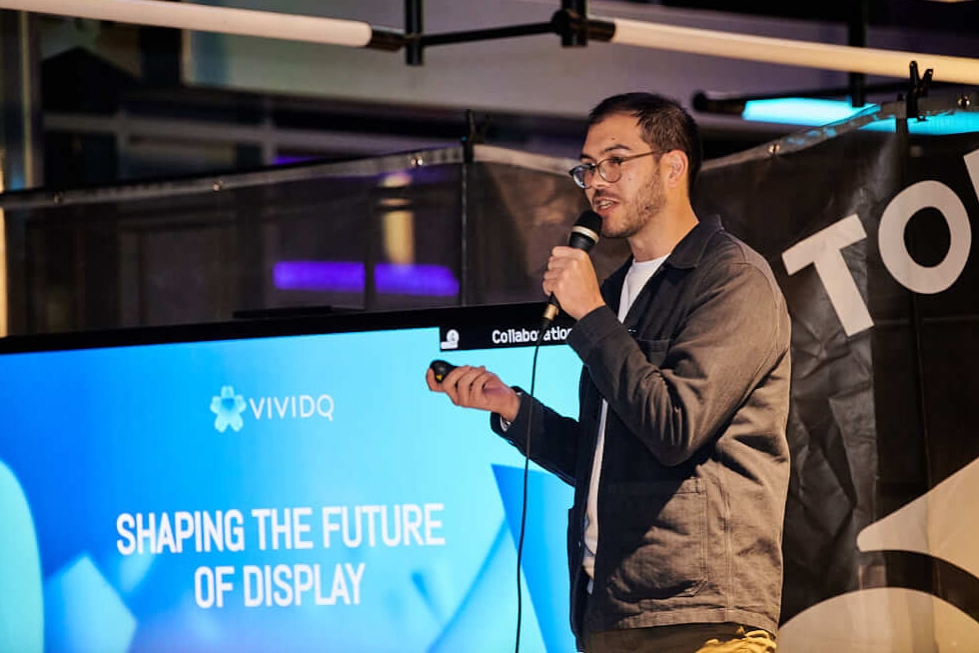 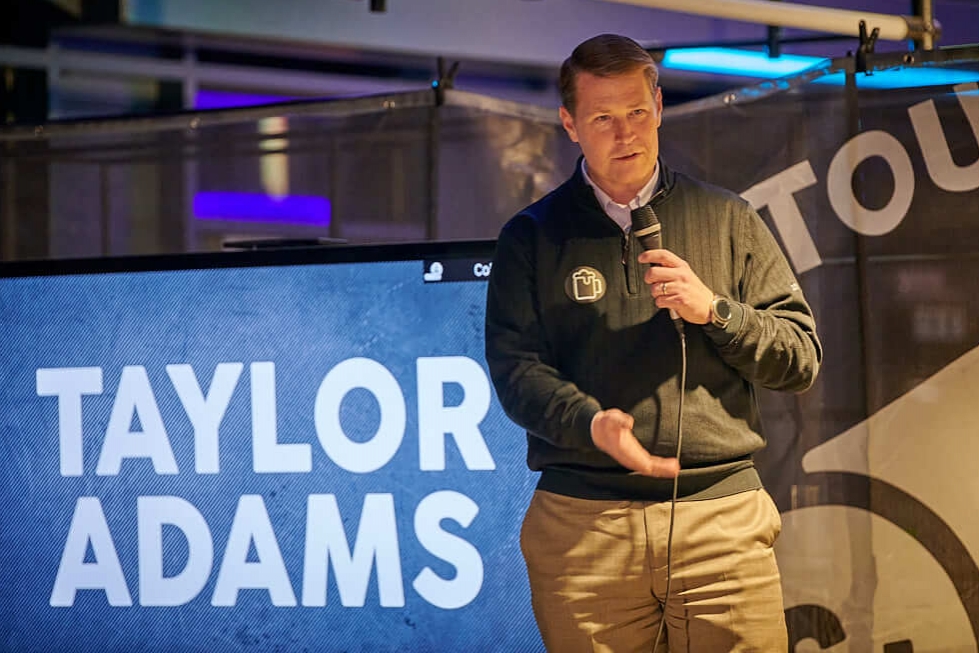 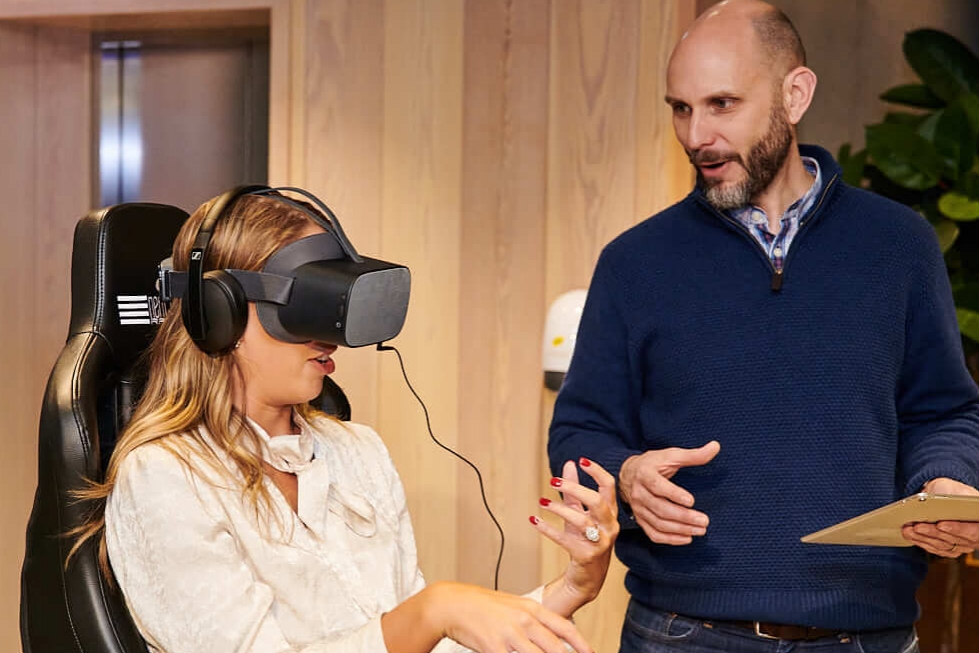 "Our delegation from the US were thrilled to be involved with the Tech Corridor at Tech & Beer in Cambridge. We think it could be the beginning of a great long-term relationship with the Corridor and the companies it represents - we've got so much in common!" Charles Macdowell, UK Representative, City of Virginia Beach 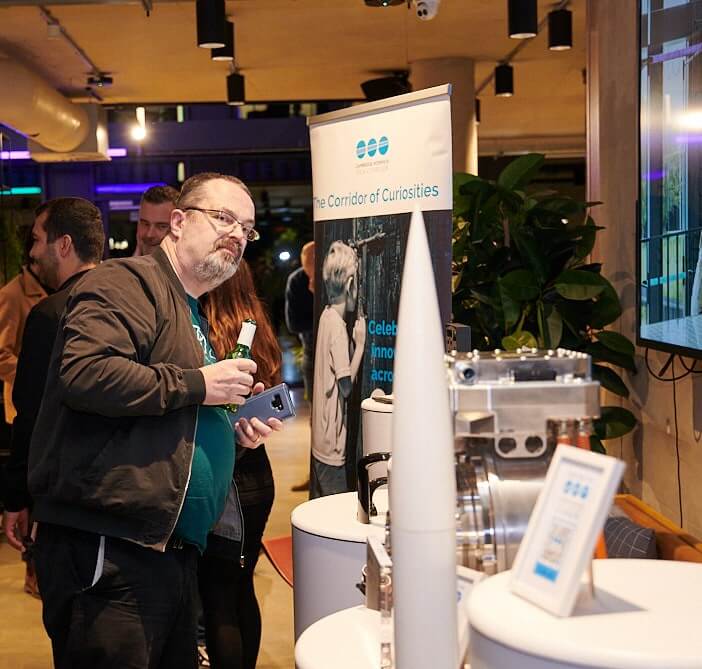 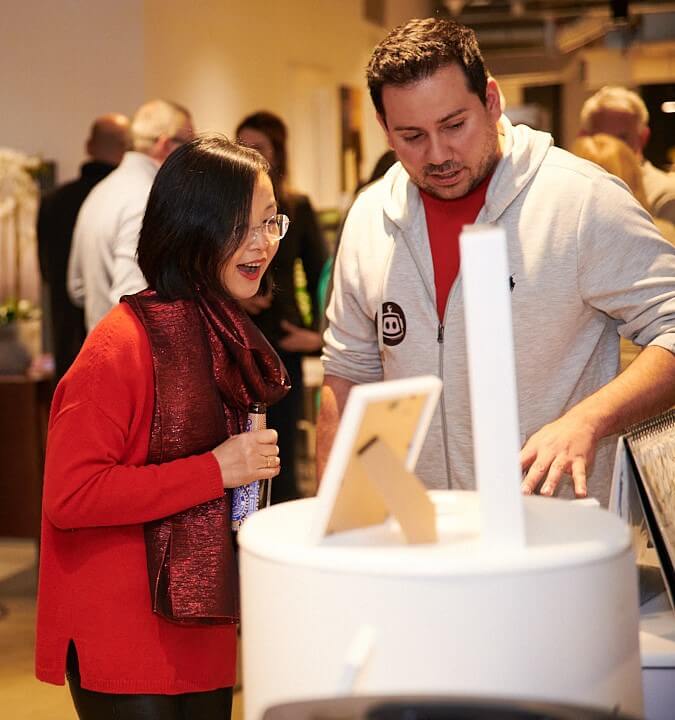 Gravitilab,  VividQ and Immersive Studios who were all speaking at the event were also featured in the Tech Corridor of Curiosities showcasing the best and breadth of tech and innovation in the region. You can also see this here online. Immersive Studios kindly brought a have-a-go Paragliding VR experience with them. Experiencing the sights and feelings of gliding over the world was enjoyed by many on the night, including Paige McGraw, Business Development Manager from Virginia Beach.

Included in the line up but not speaking at the event were: Equipmake with their electric drive motor, CamdenBoss with their electric housings, Rehook showcasing their rehook tool and accessories, SKC Games Studio with a portfolio of their original artwork, QRShield with their “Virus Killer” units, Juni Cosmetics with their design winning, micro plastic free cosmetics and Squiish – who are working towards a plastic free future. A highlight of the displays was the loan of the arm from the Olympic Bicycle designed by Lotus for the recent games. If you are interested in taking part in the online Tech Corridor of Curiosities contact Sue Simmons, for more to discuss this opportunity further. 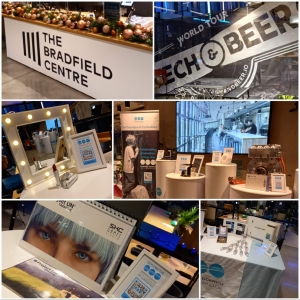 The Tech Corridor is sponsoring more Tech and Beer events in 2022, and look forward to hearing from more amazing speakers, meeting amazing people and businesses as we go forward, safely and securely, in to 2022. But one thing from the event was clear, the tech and innovation community in our region is going strong and continues to show we are a region of great talent and inspiration.

If you are interested in taking part in future Tech and Beer events or sponsoring the events in anyway please click here to learn more: Tech & Beer | Innovator Network.