Around a third of the food we produce worldwide is lost or wasted and it’s having a significant impact on climate change.  In fact, it contributes a staggering 8–10% of total man-made greenhouse gas (GHG) emissions. So what can we do about it?

This week the Waste and Resources Action Programme (which operates as WRAP) is hosting the UK’s first-ever Food Waste Action week; bringing together citizens and organisations from retail, manufacturing, local government, hospitality and across industry to demonstrate the impact of wasted food on people, on business, and on the planet.

If you want to learn more about Food Waste Action Week 2021 and how you can take part in reducing your own food waste at home, head to lovefoodhatewaste.com/article/food-waste-action-week.

In recognition of Food Waste Action week, we have compiled a list of just some of the innovative businesses and organisations in the Tech Corridor who are already taking action and developing solutions to some of the commercial and consumer food waste challenges in our own region. 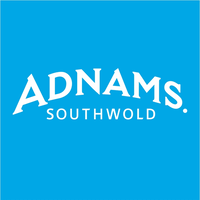 Adnams:  A decade of turning brewing waste into power for homes

Adnams was the first brewery in the UK to install an anaerobic digestion (AD) plant, which allows them to use brewery and local food waste to produce renewable gas for injection into the national gas grid as well as providing gas for use as a vehicle fuel. Launched in partnership with British Gas and the National Grid, the facility generates up to 4.8 million kilowatt-hours per year – enough to heat 235 family homes for a year or run an average family car for 4 million miles. Around 29% of their waste can be processed via the anaerobic digester. A further 67% is used to feed local cows:  “We produce around 700 tonnes of waste each month – that’s about the same bulk as 140 male African elephants. As a brewer and distiller, most of our waste comes from production, so over two-thirds can be re-used immediately as animal feed. Interestingly, it’s been shown that a cow fed on our spent grain emits around 40% less methane than it would do if it were eating grass (there’s a great pub quiz question for you!).” 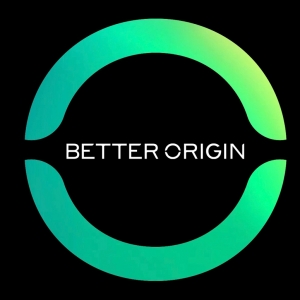 The Tech Corridor is home to a host of innovators and entrepreneurs who aren’t afraid to think outside the box when it comes to the future of food. One of these is Fotis Fotiadis, CEO of Better Origin, a start-up focused on extracting value from insects and turning them into animal and, yes, human, food. The X1 is the world’s first autonomous, cost-effective insect mini-farm that converts waste biomass, such as excess feedstock or food waste into insect biomass, rich in proteins and fats. Food waste goes in, the larvae do their work, animal feed comes out!

Cambridge-based Cambond, have developed a reusable coffee cup made from a waste product in no short supply in the UK – used coffee ground.  Inventors Gareth Roberts and Dr Xiaobin Zhao came up with the product as a way to showcase their new fusion of plant and plastic technology, which recycles waste, reduces carbon emissions, and saves the customer money.  The Cambond team spotted a double challenge in the takeaway coffee industry – the disposal of the non-recyclable cups it was often sold in, and with the waste coffee grounds it produced – and decided to tackle the problem in one shot!

And it doesn’t end there!  Cambond has also developed a technology platform to make plant-based bio-resin from by-product of whiskey distillers, beer spend grain and many other food waste to replace oil based adhesive for making construction materials like MDF, chip boards, plywood.

Read more about the birth of the Camcup here

Norfolk-based, Fresh Pod was founded over 10 years ago in direct response to the rise in food waste. Technology developed by Fresh Pod extends the shelf life of fresh produce by up to four times by neutralising the Ethylene gas, bacteria and moulds which lurk in the fridge. The Fresh Pod sits in the fruit bowl or fridge, last for six months, and can be used as plant food once finished. It can also be used in commercial environments.  Valerie Watson-Brown of Norfolk based Fresh Pod Ltd, said, “We are putting safe technology used by food producers across the UK and the world into the fridges of householders to help them avoid putting useable fruit and veg into the bin.”

Fresh Pod is working with several councils across the UK during Food Waste Action Week. Follow them on Twitter at @FreshPodUK to keep up to date with tips and news of upcoming events. 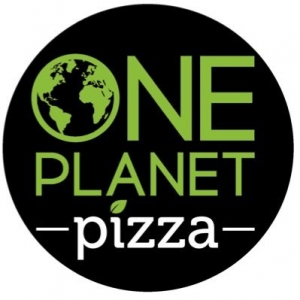 When Joe Hill and his father Mike set up One Planet Pizza in 2016, they had a clear idea of the sort of company they wanted to run. Not only would it be the first UK company to make delicious, healthy, all vegan frozen pizzas but it would also have a strong commitment to ethical business practices and sustainability.

“We sell frozen vegan pizzas because that’s the most efficient way to get them to shops and customers in prime condition but virtually all our ingredients arrive frozen too. That immediately means your food waste is practically zero because you only use the ingredients when you need them – that’s good for the business and the planet.” says Joe.

It’s a recipe for success that clearly makes sense for investors too. The firm has recently secured funding from Anglia Capital Group – a group of Angel Investors that invest in start-ups and early growth-stage businesses with innovative and potentially disruptive technology at their core. 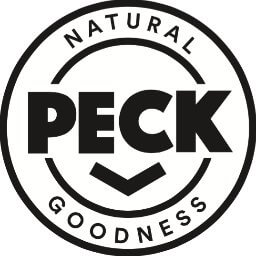 Peck Drinks:  The protein drink start-up finding a novel use for unwanted eggs

Matthew Havers is the managing partner of Kings Farm Foods, a farm in North Suffolk that keeps around 16,000 free-range hens for egg production. PECK drinks started when the farm had a flock of chickens that produced a lot of ‘second-grade eggs’. These are eggs that are too big, too small, funny coloured, rough-textured or just look funny. These eggs don’t make it to the supermarket, often get broken and end up as food waste.  Matthew had the cracking idea of turning these unwanted eggs into the ‘UK’s first’ egg-based protein drink.  One bottle of PECK contains five egg whites, or 20g of protein, and the sugar-free drink is sweetened using stevia, a natural sweetener derived from the leaves of the stevia plant. 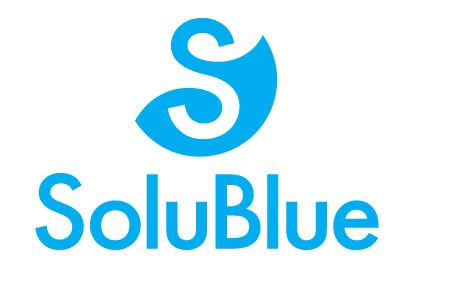 SoluBlue:  Is seaweed the next plastic?

SoluBlue’s vision is to eradicate some of the world’s biggest problems: plastic and food waste. The Cambridge-based firm has developed a sustainable alternative to plastic and bioplastic food packaging, which extends shelf-life and reduces food waste. The company’s packaging looks and feels like plastic, but biodegrades like food does, making it home compostable.  The innovative material stops food from rotting by absorbing excess moisture so that packaged food gradually dries instead, which works to extend its shelf-life by more than 50% – a world first according to the company!

Upcycle Your Waste is a free programme, hosted by the Norwich BID, to support SMEs in the Greater Norwich area in the handling of waste streams and unwanted by-products. The programme is funded by the EU under the Interreg 2 Seas Programme and the goal is to convert waste into new resources, supporting the circular economy and contributing to a more sustainable planet. At the same time Upcycle Your Waste allows SMEs to cut waste related costs. Participating businesses can apply to get a free waste audit, helping identify ways you can save money and protect the planet.  More details here

The Circular Economy in Food and Drink (CEFAD) platform is a new initiative by Hethel Innovation and has been developed in co-operation with the University of East Anglia and the Food Enterprise Park.  The goal of the platform is to work with regional businesses to identify and action new revenue streams through the repurposing of food waste and by-products.  The first wave of participating businesses working with the CEFAD platform includes Condimentum, a Norfolk firm growing and processing fresh and natural flavourings and condiments for food, Old Hall Farm, a family-owned Norfolk farm using regenerative agriculture for producing raw milk, and Keelings – a major produce grower and distributor, including strawberries, raspberries and peppers.   These businesses provided Hethel Innovation and UEA Researchers with a business case, highlighting the desire to repurpose their food waste items and by-products. The solutions discovered included the ability to repurpose food items for medicinal use, water filtration and dye extraction; all applications which serve a societal benefit.

Applications are now open for the next cohort of businesses. If you would like to discover how your waste streams can be reduced and repurposed, please contact Jordan by emailing jsharman@hethelinnovation.com

Cambridge Sustainable Food is a partnership of public, private and community organisations in Cambridge and the surrounding villages. It looks to promote a vibrant local food system all along the supply chain and in the community.  One of their 6 core goals focuses on reducing waste and the CSF team supports a number of local initiatives including the development of community fridges, which take surplus food donated by businesses and individuals and make it available to people in need.  To learn more about Cambridge Sustainable Food and how to be involved, click here.

Great initiatives for your own household:

Food Savvy is a partnership between Norfolk County Council, Suffolk Waste Partnership and charity & social enterprise organisation, Hubbub.  Launched in 2018, Food Savvy puts East Anglia at the forefront of the UK’s efforts to combat food waste.  The vision of the campaign is to reduce food waste by 20% by 2025. The Food Savvy partnership has lots of great resources for local households and organisations including recipes, tips and challenges.  Find out more by visiting foodsavvy.org.uk

Students on City College Norwich‘s Phoenix Purple course (the college’s specialist provision for students on the autistic spectrum) regularly benefit from donations of food from local supermarkets, thanks to the FareShare scheme. At least twice a week, their lecturer collects food that would otherwise have gone to waste after receiving notifications through the FareShare app. This has made a real difference for students and they are looking forward to the resumption of their breakfast club which was very popular pre-Covid.

Despite the best of intentions, some items donated in-kind in supermarket food donation schemes are wasted, as the FoodBank is already well supplied with that item and the product can end up being wasted by going out of date.

Rhosyn Almond, a research student from the Norwich Business School, came up with a simple but highly effective intervention which reduced such donations and increased donations of “high-demand” items (i.e. those that the FoodBank had very few of and they needed more).  She developed a poster and shelf-labelling project which when used together (in East of England Co-operative supermarkets) observed a 120% increase in high-demand item donations.  An easy initiative to suggest to your local store!

Rhosyn is a research student in the area of behavioural and experimental economics. Her work is currently focused on donation behaviour and she investigates this through lab and field experiments.

Learn more about AgriFood in the Tech Corridor

Grow your business alongside experts in the field