In his former life as an engineer in the army, Callum Coombes would often find himself alone on a platform high above a cavernous hangar repairing state-of-the-art helicopters. Today he is part of the team developing an app which will ensure engineers and other lone workers are never, well, alone.

Callum is CEO and co-founder of Safepoint, a start-up which has been working on a novel app for the last 12 months. Currently in early testing, the idea is already attracting interest from companies keen to ensure their workers’ safety.

Safepoint’s platform will help lone workers, such as carers with irregular hours or technicians that work in hazardous environments, to easily log their tasks and share information with their teams while in the field. 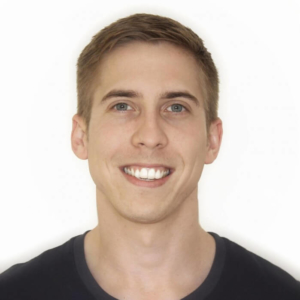 “The idea came from one of my best friends, Kev, who works as a technician for a water company,” Callum says. “He was telling me that the system they use when out on jobs is rubbish, and when we started looking into it we realised there were no good solutions on the market for lone workers.

“Quite often, technicians won’t use the software at all because it’s so bad, which can cause problems for them and their employers.

“Health and safety is an area that has been quite abandoned by tech, and we thought there must be an opportunity to add value by doing something better.” 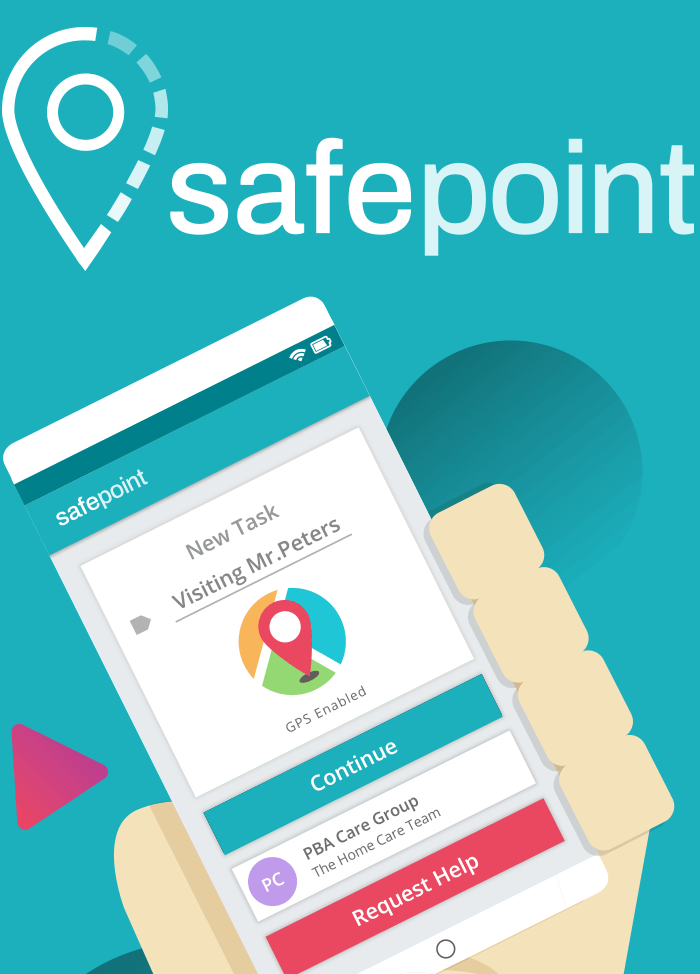 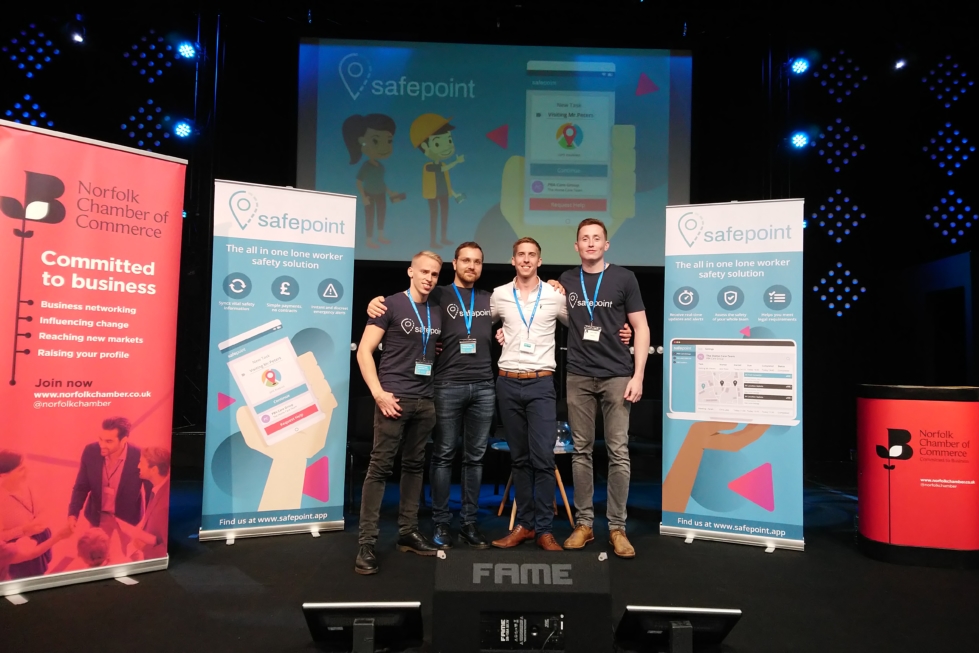 The Safepoint team, right, pictured at the 2018 Talking Tech Conference in Norwich

The app will feature GPS tracking for an extra element of safety, and emergency alerts can be set up for when workers are unable to check in as ‘safe’.

“It will allow companies who employ lone workers to easily meet their health and safety requirements, but more importantly will ensure lone workers are never truly alone,” says Callum.

Safepoint was the winning idea to emerge from Sync the City 2017, the popular Norwich hackathon and pitching competition which takes place over three days in November. Callum is a computer science graduate from the University of East Anglia, and several of the other team members have UEA links.

He spent five years in the army before doing his degree, and believes the app could be put to use in the military supply chain.

“My job was to fix the helicopters, and as part of that you’d often find that you were the only person in a hangar,” he says. “So there’s definitely scope there for an app like this.

Grow your business in Norwich

A network of expert business growers

How to build a human

“We’ve had quite a few different companies approach us wanting to find out more about it. Beyond engineers and carers, we’ve had a few law firms get in touch because they think it could be useful for when staff go and meet with clients.

“At the moment we’re in closed Alpha testing, and have had some amazing feedback from the guys who have been using it in the field. If everything goes to plan we’re hoping to move into the closed early access stage soon.”

Based in Norwich, Callum says the region’s tech community has played a big part in the company’s progress to date.

“It’s been amazing, we’ve had so much support and encouragement,” he adds. “We’ve mainly worked with companies from Norwich and Norfolk, and whoever we call they usually offer us a discount or extra help because we’re from this area. It’s a great place to start a company, and we really value the support we’ve had.”