Nominate your business for Cofinitive’s #21toWatch 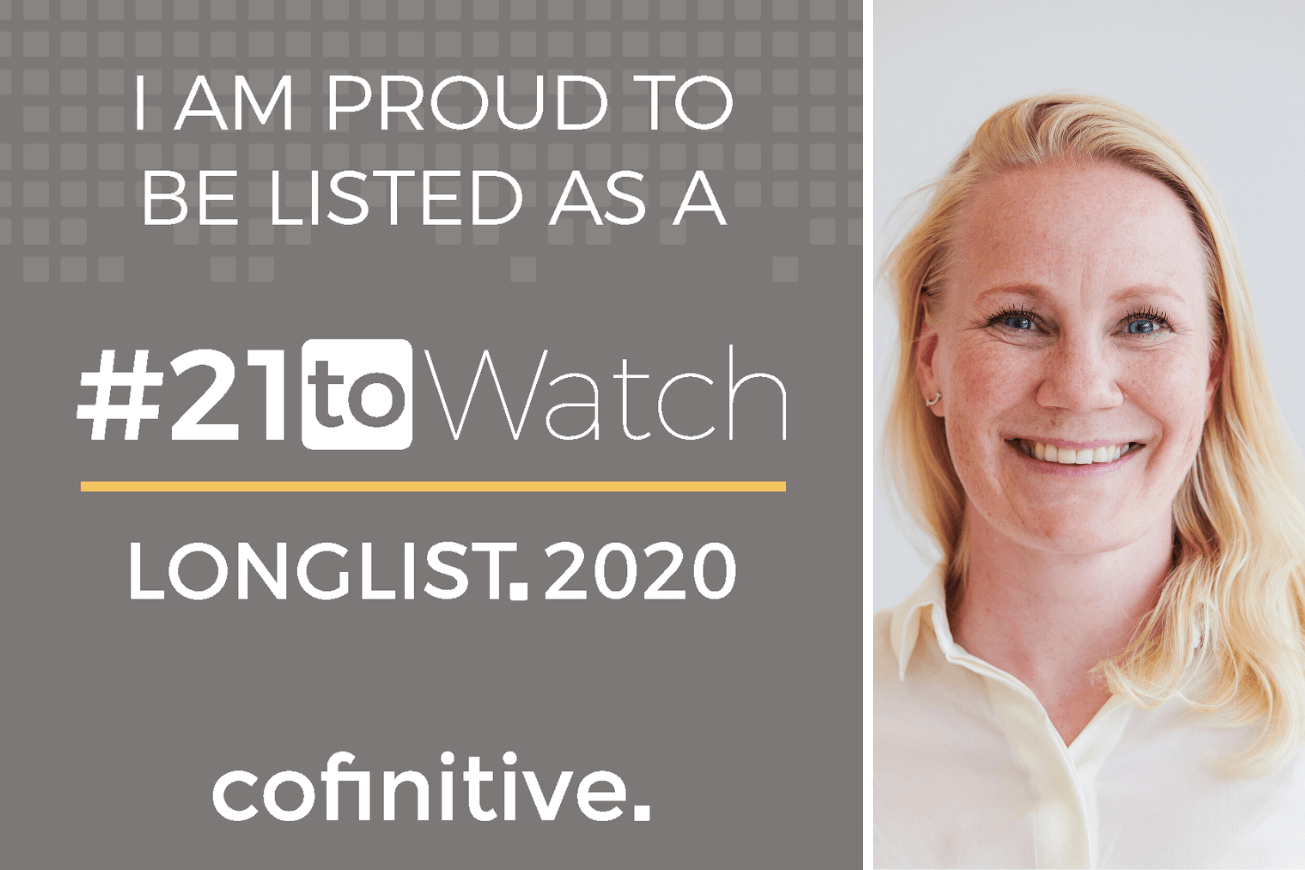 Cambridge Norwich Tech Corridor programme director Linn Clabburn has been named on the longlist for the #21toWatch initiative, which celebrates the biggest tech influencers in the region.

The awards, organised by Cambridge-based communications agency cofinitive, celebrate the ground-breaking and inspiring people, companies and the ‘things’ across Cambridge and the East of England – those that are truly setting the standards in cutting-edge innovation and entrepreneurship.

#21toWatch is a dedicated campaign to showcase and highlight the often lesser known, recognising the exciting new entries across all market sectors, and celebrating the very best work going on in the region today. With such diversity and creativity amongst the #21toWatch cohort, each submission is assessed on five specific attributes: innovation, challenge, influence, viability and memorability.

Linn has been recognised for her work driving growth of the Tech Corridor, which supports tech businesses across East Anglia and promotes the region as a top-tier destination for the best companies and talent from around the world.

“The #21toWatch initiative gives startups and established businesses alike the opportunity to be spotlighted for something that is, or has the potential to be, revolutionary." - Faye Holland

An independent judging panel will assess the long list and select the final #21toWatch. The winners will be announced at an awards ceremony in March.

Faye Holland, founder and director of cofinitive, said: “The #21toWatch initiative gives startups and established businesses alike the opportunity to be spotlighted for something that is, or has the potential to be, revolutionary. It is an incredibly inspiring activity to be leading.

“We’ve already received more than 120 submissions, even before opening the formal nomination window and launching the 2020 Awards. But these are just the tip of the iceberg as there are so many incredible things going on across the region.”

Many of 2019’s Top 21 have gone on to enjoy great success – securing new rounds of funding, making new mentoring and business connections and securing new clients. What is evident is that this is a campaign that business wants to be a part of – either to be on the list themselves or to be supporting those businesses on it.

You can  make your nomination for #21toWatch and find out more about at www.cofinitive.com/21toWatch.  The deadline for nominations is January 31 2020.