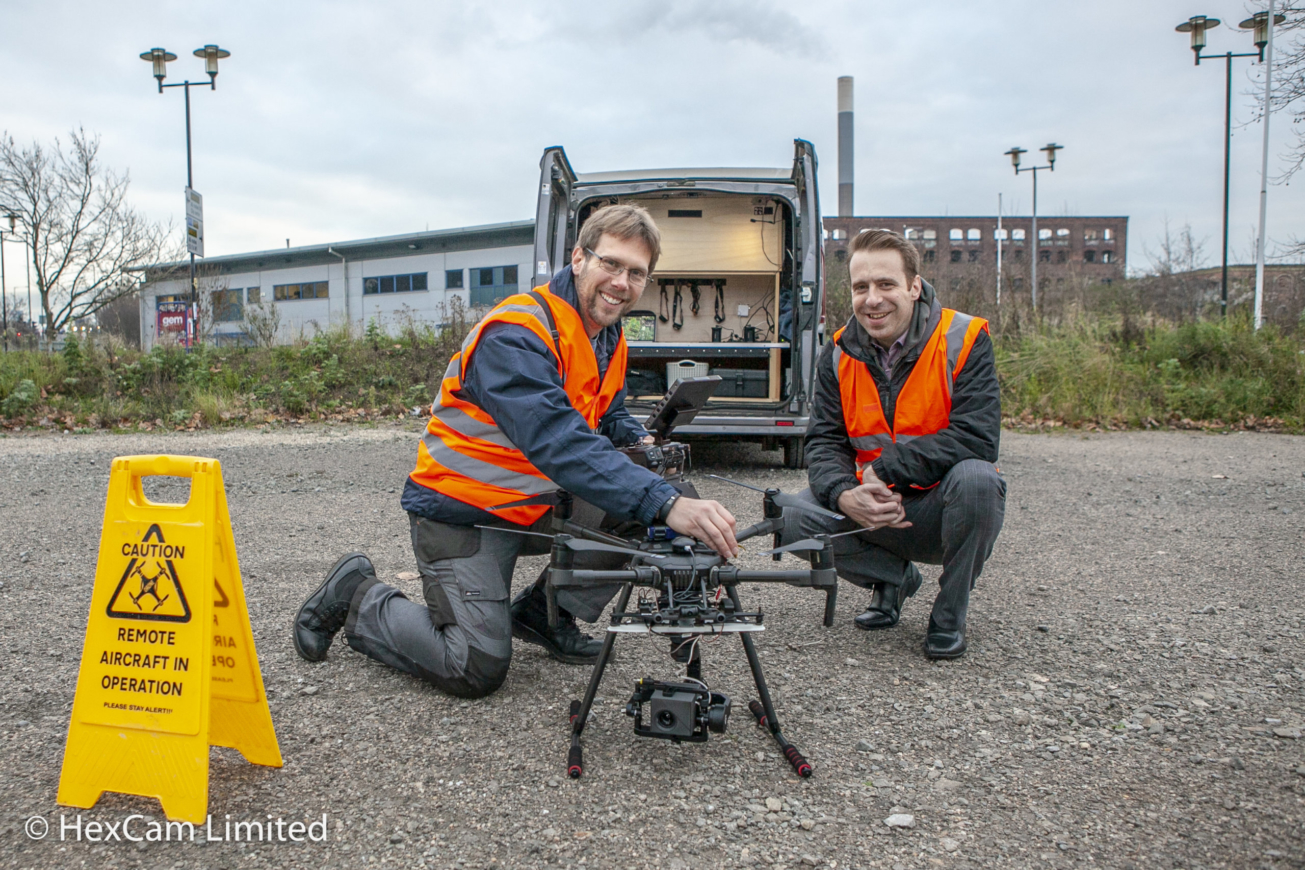 Hexcam's drone ready to take to the skies in Nottingham

Hexcam’s project for Nottingham City Council and its’ energy provider, Enviroenergy, picked up the innovation award at the Association for Decentralised Energy awards 2019.

Norwich-based Hexcam worked with the council to capture thermal data, create a thermal map and provide reporting and interpretation of this data. The processed thermal orthomap, together with all interpretation and reporting is accessed by Enviroenergy using a portal developed by a Danish firm, Drone Systems.

Using this system, Enviroenergy have been able to view categorised leaks and other hot spots pinpointed to a precision of 20-30cm. This is particularly handy as leaks in district heating networks (DHNs) are typically very hard to locate. Indeed, Enviroenergy estimates that the cost of the heat losses from Nottingham City’s DHN to be around £150,000 per year.

"Drones are able to capture high resolution thermal data over large areas without the challenges of physical access on the ground."

A spokesman for Hexcam said: “Pinpointing the precise location of faults is complicated, especially for chronic small leaks.
inaccessible or private land where a car-mounted or handheld thermal camera would not be able to reach.

“Drones are able to capture high resolution thermal data over large areas without the challenges of physical access on the ground.”

Using the system, Enviroenergy has visibility of smaller leaks that might otherwise have gone undetected for years. It is hoped reducing leaks and carrying out more focussed maintenance will lead to cost savings for Enviroenergy and more reliable heating provision to customers.

“If the government’s vision of a larger heat network sector is to be realised, we need initiatives like this to drive costs down and improve the competitiveness of these networks,” said Stephen Hayes of Nottingham City Council.

*Hexcam is part of the Cambridge Norwich Tech Corridor Ambassador Network. To find out more about becoming an Ambassador, visit techcorridor.co.uk/ambassador.