International Women’s Day 2020: Is there a case for positive discrimination in business?

Could ‘positive discrimination’ be a tool for addressing the gender imbalance in the tech industry? Ahead of International Women's Day 2020, Tech Corridor programme director Linn Clabburn assesses the pros and cons.

Linn writes; “Technology, in its widest sense, is possibly the most exciting and fastest growing sector in Britain. It attracts large amounts of venture capital investment, creates new and innovative products and services and generates high-value job opportunities. Yet, the sector is struggling to attract and retain women.

Overall, women only make up 22% of the total core STEM occupations workforce. If we break this down even further, only 12% of our professional engineers and just over 16% of people working in digital/ICT occupations are women. Compare these numbers with my native Sweden, often hailed as a world leader in gender equality where around 30% of engineers and 28% of ICT employees are female. The Nordic countries also have a higher proportion of women in leadership and board positions than the UK. 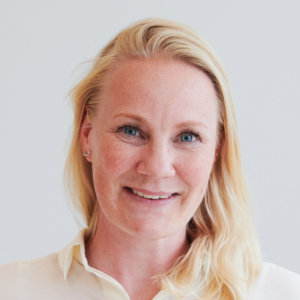 So, could the UK take any learning from the Nordic countries on how to improve gender equality and how to encourage more women into tech roles? The Nordic countries have taken slightly different approaches when trying to address their gender balance. ‘Positive discrimination’ which was written into Norwegian law in 2007 states that listed companies need to have at least 40% women on their boards. The hope was that this would seep into other parts of the businesses and encourage more women in middle management positions and attract more women to male-dominated sectors.

Twelve years on and the Norwegian ‘experiment’ hasn’t really had the desired effect. Sure, 40% of board members are women but the trickle-down effect has not been realised and the tech sectors are still experiencing challenges in attracting and retaining female talent.

A more effective approach seems to be to address the norms, structures and lack of role models that are currently discouraging women from engaging with the tech sector.

I believe this should start at a very early age. We must encourage girls to get into science subjects, to experiment and build thing and talk to them about different jobs and careers.

Making equality and diversity and inclusion a core mission of your company (and not just as a tick a box exercise!) can help attract female talent, especially as more than eight out of 10 female millennials in Britain say they seek out employers with a strong record in these areas. Coaching and encouraging women to move up, and not just sideways, within organisations helps create the role models and encourages diversity from the bottom up.

There is also a lot companies can do to remove barriers that may be preventing women from climbing the career ladder. For example, the Nordic countries are known for their very generous parental leave – roughly 16 months to be shared between both parents. The reality is that perks and incentives such as ping-pong tables and Friday beers are less attractive than flexible work hours when you are a mother trying to juggle childcare and progressing a career.

Finally, I think that although the Nordic countries outperform the UK in terms of women in tech, I think all countries have a lot of work still to do and we should work more actively to connect across borders and learn from each other.”

*Linn’s comments feature as part of a larger article on positive discrimination in the latest Women in Tech supplement, published by the Eastern Daily Press. Read it online here.

This year’s theme is #EachforEqual. The organisers say: “An equal world is an enabled world. How will you help forge a gender equal world? Celebrate women’s achievement. Raise awareness against bias. Take action for equality.”

The women applying their creative talents to tech

Making an impact from the lab to outer space