Next-generation of positioning technology to be developed in Tech Corridor 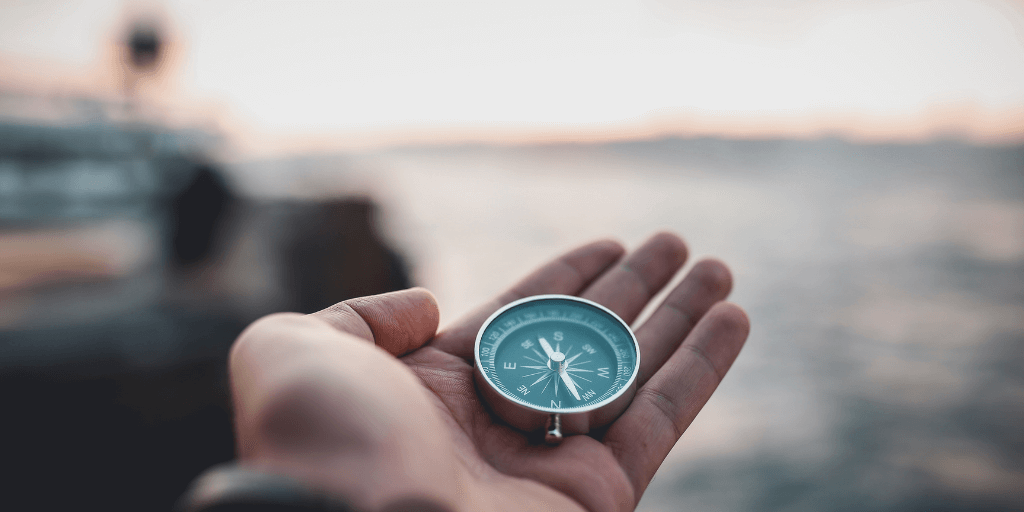 The challenge of reflected and obscured signals has also become an increasingly pressing security concern with the rise of location-based services such as ride-hailing, autonomous vehicles, robots and IoT devices, all of which rely on accurate positioning to be able to operate effectively and safely in cities and industrial environments.

Reliance on current GNSS systems also exposes devices such as autonomous vehicles, aircraft, drones and robots to criminal activities. Commonly known as spoofing, individuals can emit a fake GPS signal that either disguises their location or causes another device to become confused about its actual position.

From ‘blue dot’ mapping accuracy on wearables and mobiles, to safety of autonomous vehicles and drones, to lower cost and lower battery consumption for industrial IoT devices, to security and protection from spoofing, FocalPoint’s technologies address the global frustrations of inaccurate GNSS systems, which are critical to the accurate functioning of large swathes of modern technology.

FocalPoint’s two flagship Supercorrelation and D-Tail™ technologies solve these problems, providing unprecedented accuracy for GNSS systems. When combined, the technologies provide centimetre-level positioning indoors and outdoors, with a large range of use-cases from consumer to business and government. 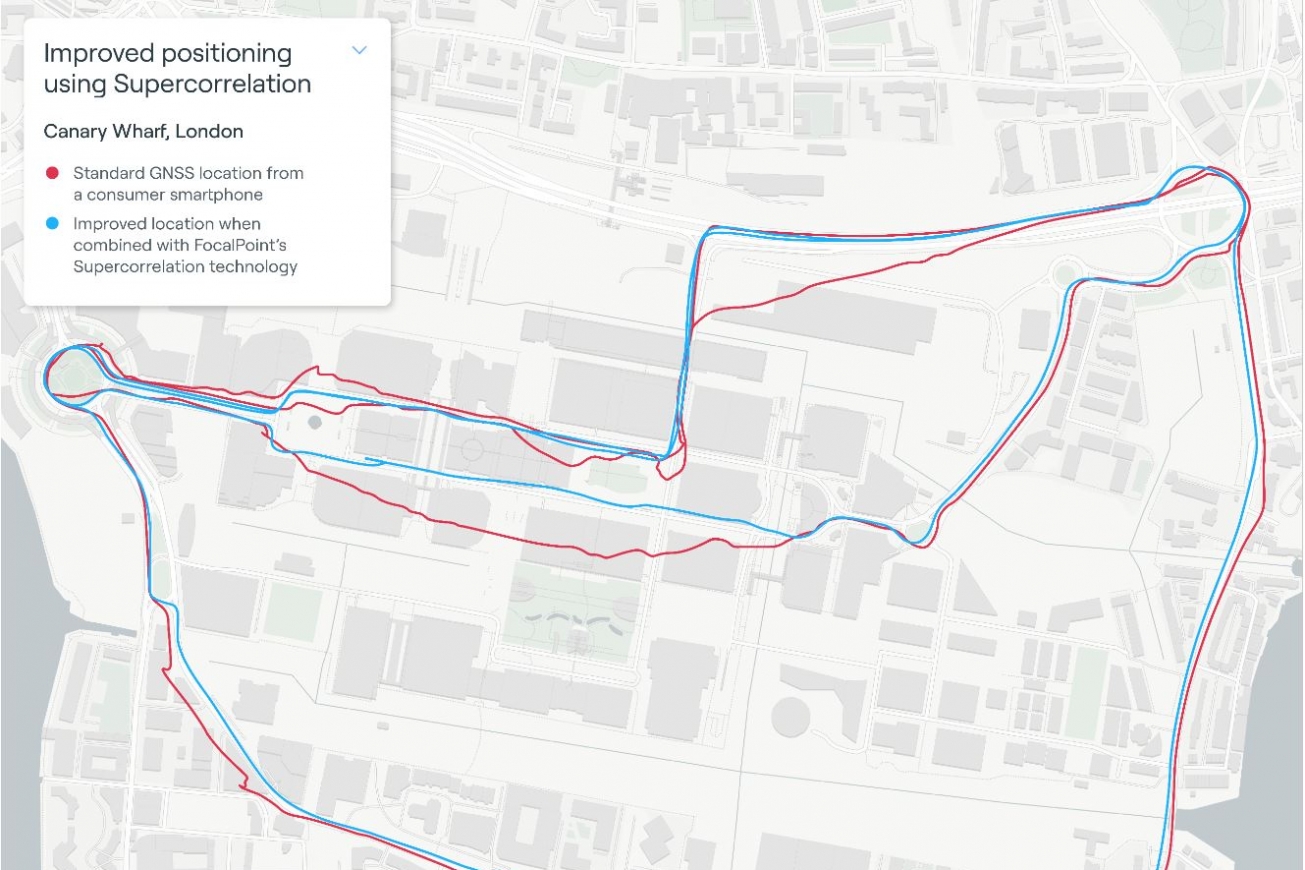 Map plot from live tests in London that show the route of a vehicle driven through Canary Wharf, and the difference between performance of the position provided by a standard smartphone GNSS chip (red line), and the same data run through Focal Point Positioning's Supercorrelation software (blue line)

Supercorrelation is a patented, chipset-level software product for mobiles, wearables and vehicles that revolutionises their positioning ability in urban environments. It is installed at the chipset level and uses advanced physics to calculate the angle of arrival of satellite signals – this has never been possible before. This provides a 10x improvement in accuracy, sensitivity and integrity of positioning. Supercorrelation is designed for the modern system-on-a-chip silicon architecture used by all consumer GNSS receivers. It requires no extra hardware or infrastructure, and fits into existing architecture as a software upgrade.

D-Tail, is an application- or firmware-level software product for smartphones and wearables that enables centimetre-level positioning, outdoors and indoors. It uses an AI-based motion model coupled with data from inertial sensors from the device (accelerometer, gyroscope, barometer and compass) to build an incredibly accurate picture of distance, speed and motion through space for any device, even in dense urban environments.

D-Tail enables today’s smartphones and wearables to achieve precision that in turn enables next generation products and services – from indoor wayfinding to high performance sports trackers and last-metre delivery. It operates at 200 times the measurement rate of GPS, using GNSS, sensor fusion and machine learning to provide a detailed trace of a user’s motion across four dimensions – enabling real time measurement of motion, trajectory and gait. It substantially surpasses the levels of detail provided by simple dead-reckoning and WiFi fingerprinting. 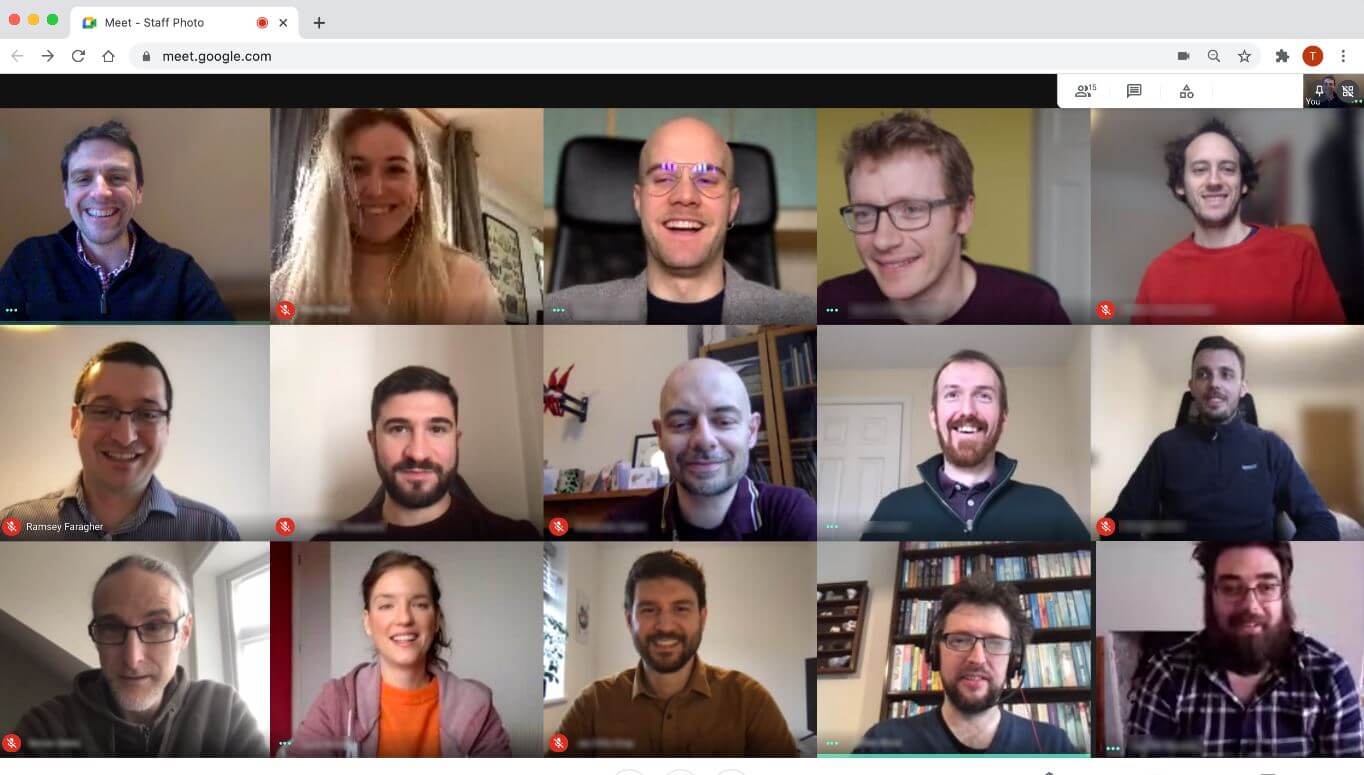 The £6m. funding round will accelerate the deployment of Focal Point’s next-generation positioning technology into chipsets and devices across mobile, wearables, vehicles and IoT.

FocalPoint CEO Ramsey Faragher commented: “This is an important moment for our team. Signing our first deal with u-blox to integrate Supercorrelation into a commercial chip has increased the demand for our products from a multitude of different industries and use cases. This funding will help us to meet that demand and enable Supercorrelation and D-Tail to improve the lives and businesses of people across the globe.”

Draper Esprit is a global venture capital firm that invests in high-growth European technology companies. Draper Esprit’s portfolio of privately-owned tech companies is worth over £700m and includes well-known tech brands such as Trustpilot, Cazoo and Revolut, as well as the next generation of Europe’s global champions like UiPath, Graphcore and ICEYE.

Draper Esprit Venture Partner David Cummings commented: “The inaccuracy and security weakness of current GNSS technology is a global concern for consumers, policymakers and businesses alike, but Ramsey and the team at FocalPoint have made huge progress in solving both of these critical legacy issues. At Draper Esprit we’re really excited to be backing them through the next stage of growth as this next-generation positioning technology is rolled out to devices we all rely on.”

The £6m. Series B funding from Draper Esprit follows a £4m. Series A round raised in February 2017.

More innovators in the Tech Corridor

The perfect place for your AI business to shine