Who are the business disruptors driving our Tech economy?

Disruptive companies pushing the boundaries in the Cambridge Norwich Tech Corridor will feature in a new video series profiling the best the region’s tech scene has to offer.

The Tech Corridor has teamed up with UEA and Archant – publisher of the Eastern Daily Press – to produce a series of videos to display the technological advancements happening throughout the region.

Entitled ‘The Disruptors’, the series will comprise 40 videos featuring 38 tech companies. The videos will showcase how these businesses are tackling global issues and changing industries. 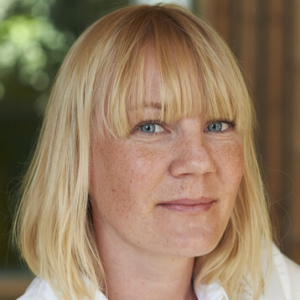 Linn Clabburn, programme director for the Cambridge Norwich Tech Corridor, says: “These businesses are addressing the big challenges in society, and The Disruptors provides a great platform to showcase their work.

“We’ve selected a mixture of firms, some of which are pioneering disruptive technologies, and others which have developed a disruptive way of working, breaking out of the traditional marketplace and pushing their industry forward.”

The videos will be two to three minutes in length and made available on a weekly basis on Tech Corridor, Archant, and UEA websites and social media channels, starting from early May.

"These businesses are addressing the big challenges in society, and The Disruptors provides a great platform to showcase their work."

The East’s Tech industry has enjoyed rapid growth in recent years, with R&D employment in the Tech Corridor region having grown 40 per cent since 2010, almost triple the national average (14 per cent).

“There’s perhaps a public perception that tech innovation only happens in places like Silicon Valley, but it’s happening on our
doorstep throughout the region,” says series contributor Tim Robinson, CEO of Tech East.

“This video project will demonstrate the richness and diversity of the tech industry in the East.”

How we're going to deliver growth in the Tech Corridor

“UEA is leading the way as an innovator in higher education, so we are thrilled to be collaborating to produce The Disruptors.”

Archant will be producing and helping to distribute the videos, with full details of the series due to be announced in the next few
weeks.

*The source version of this article appeared in Business East.