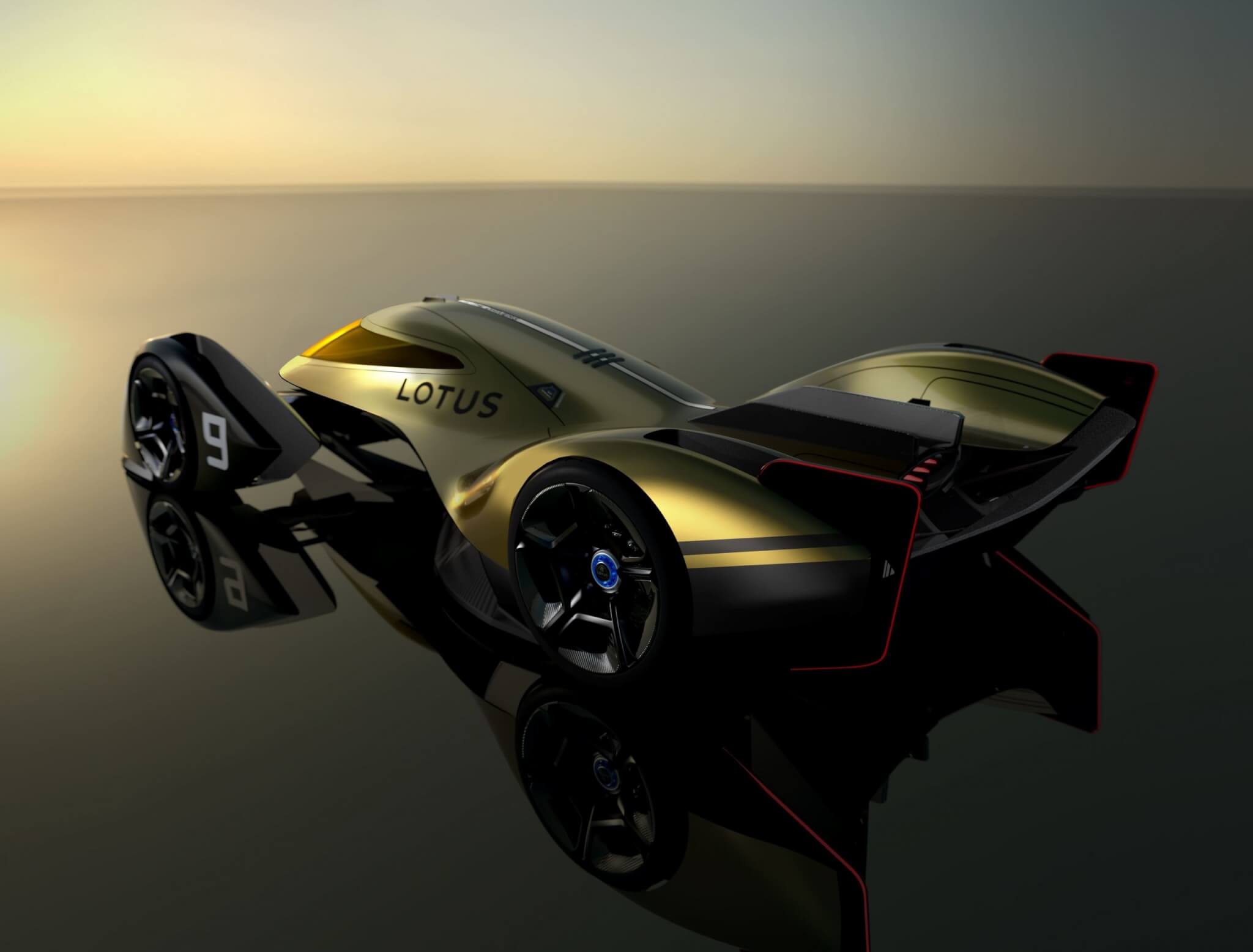 Lotus unveils the E-R9, a dramatic new design study for a next-generation pure electric endurance racer that could be on the starting grid of circuits around the world for the 2030 season.

The E-R9 has been developed by Lotus Engineering, the globally renowned, Hethel-based consultancy division of the business which delivers projects for external clients. The car has been created as a technology showcase of its philosophy, capability and innovative spirit in the fields of advanced electrified powertrains and aerodynamics.

E-R stands for Endurance Racer, while 9 is the car’s competition number carefully chosen in tribute to Lotus’ racing past. It was in a Lotus Mark IX that the race team made its debut appearance at the Le Mans 24 Hours, with company founder Colin Chapman among the drivers competing. The year was 1955, meaning the E-R9 race car concept – if raced in 2030 – would be in celebration of the Mark IX’s 75th anniversary. 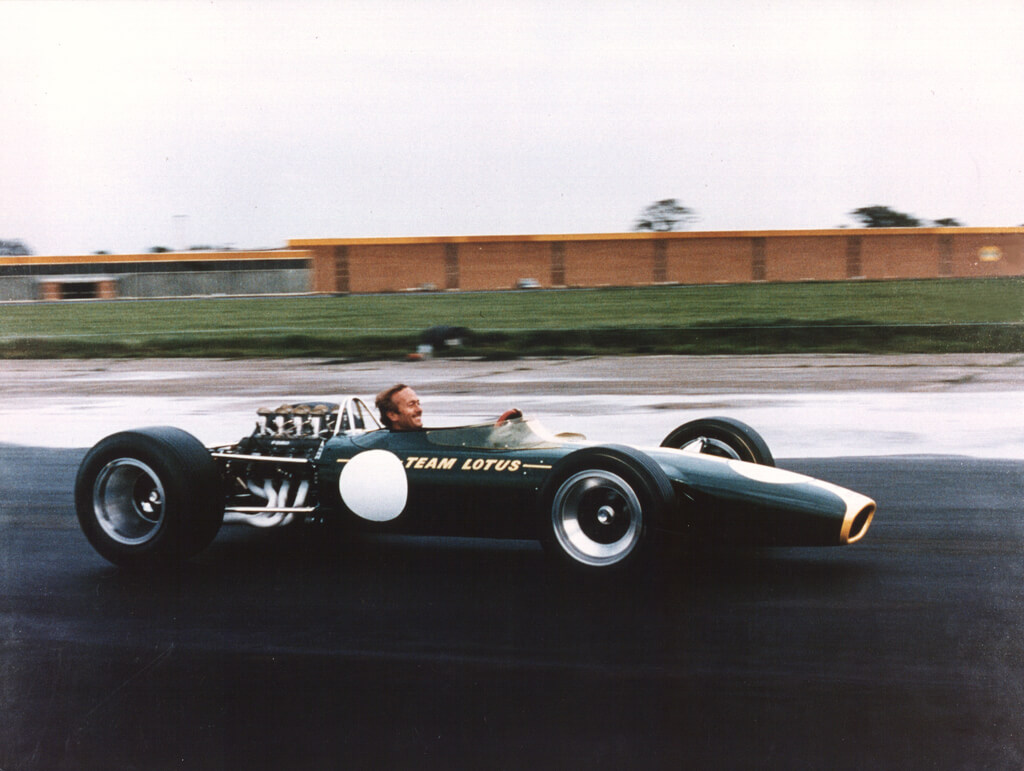 The E-R9 was developed by the engineering team of Richard Hill, chief aerodynamicist at Lotus, and Louis Kerr, principal platform engineer on the Lotus Evija pure-electric hypercar as well as technical director, GT, Geely Group Motorsports International. Visually it was brought to life by the Lotus Design team, led by Russell Carr, Design Director for Lotus.

Richard Hill commented: “What we’ve tried to do is to push the boundaries of where we are technically today and extrapolate into the future. The Lotus E-R9 incorporates technologies which we fully expect to develop and be practical. Lotus has an amazing history of developing unique solutions, and we’ve done it many times in motorsport and with our road cars.”

E-R9 is “partly driven like a car and partly flown like a fighter jet” – Richard Hill, chief aerodynamicist, Lotus

Chief among the car’s aero innovations are its ‘morphing’ body panels. Located across the delta-wing profile, this adaptability – where active surfaces can change their shape and attitude to the airflow either at the press of a button by the driver or automatically according to performance sensor inputs – would deliver minimum drag on the straights and maximum downforce in the corners. Vertical control surfaces at the rear would generate aerodynamic forces to help the car change direction, without the limitations of grip at the tyre contact patch. The result is a racer that’s partly driven like a car and partly flown like a fighter jet.

The Lotus E-R9 features an advanced electric drivetrain powering each wheel independently, a system enhanced with torque-vectoring. It builds on technology already integrated on the Lotus Evija pure-electric hypercar, though for the E-R9 would be fully adjustable by the driver on the move. 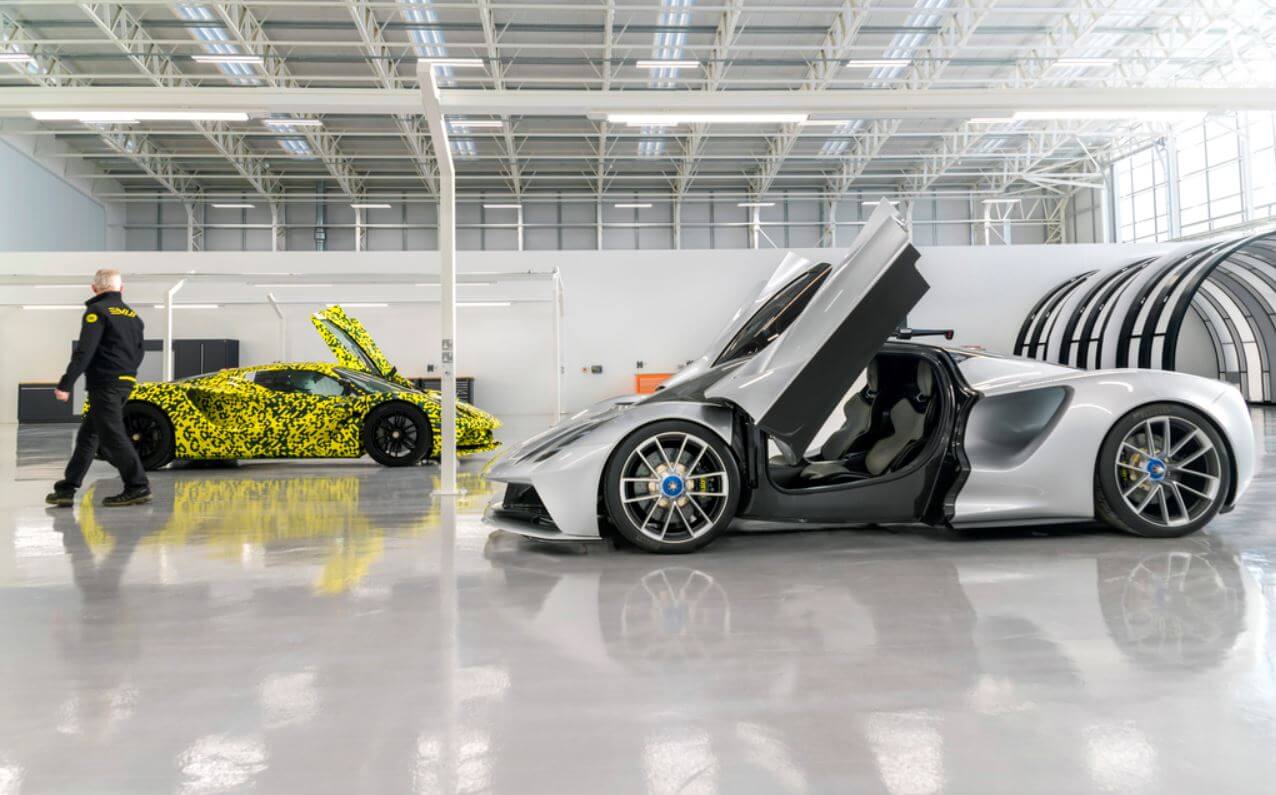 The Lotus Evija is being manufactured in Hethel, Norfolk, next to Lotus’ storied 2.2-mile circuit which has hosted testing and shake-down sessions with many Formula 1 legends such as Ayrton Senna.

Louis Kerr commented: “Battery energy density and power density are developing significantly year on year. Before 2030, we’ll have mixed cell chemistry batteries that give the best of both worlds, as well as the ability to ‘hot-swap’ batteries during pitstops.”

Further details and more images of the Lotus E-R9 can be found in the March issue of evo magazine. On sale from today, it includes a 32-page supplement dedicated to the past, present and exciting future stories of the Lotus Engineering consultancy.

From the pioneering work of Colin Chapman in the early 1950s, via countless projects which the team has worked on in the decades since – some never revealed before – it’s a fascinating glimpse into a business which has done more than most to shape the automotive industry today.

For more on the exciting future of Lotus Engineering, read this post on the US LOT Blog by Dan Burge, Commercial Director of the business. 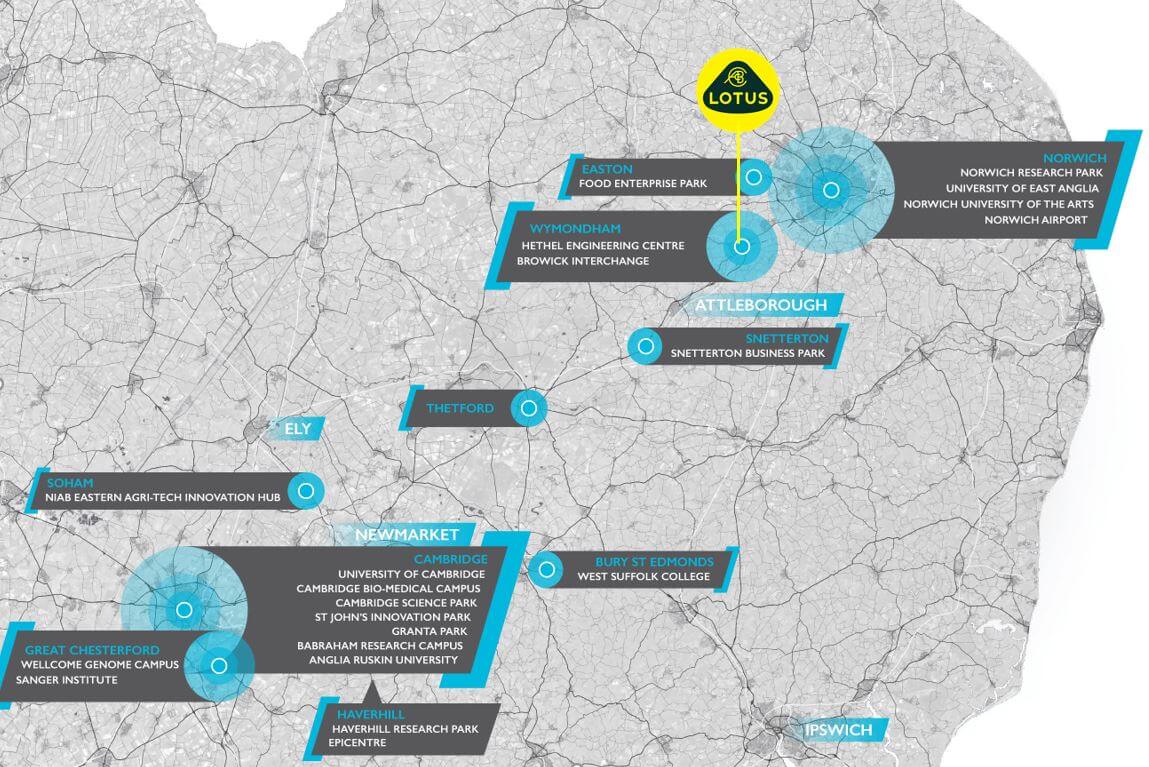 With cutting-edge materials research and development, ambitious businesses working on innovative battery solutions, smart grid devices and electric vehicles, and vast quantities of renewable power generated off the coast of Norfolk and Suffolk, the East of England will play a key role in the energy supply chain of the future and provides the ideal location to develop, test and deploy new technologies. It’s no coincidence therefore that Lotus has chosen this region to house their fast-moving business.

It’s strategic location, close to world-leading research in Cambridge and Norwich, makes it an ideal place to scale and grow a technology business, while direct regular connections to London and Amsterdam put the region at the centre of the booming European tech scene. What’s more, the East’s natural beauty makes it an attractive destination for employees seeking a rewarding career and a high quality of life.

Pivoting quickly was key for this automotive disruptor