New bi-mode trains, which can run on diesel or electricity, are now in service on the Cambridge-Norwich route, where last year over 700,000 journeys were recorded.

On Friday, VIP guests from Cambridgeshire and Norfolk took a journey on one of the new trains and a celebration was held at Cambridge station, where Jamie Burles, Greater Anglia managing director, Daniel Zeichner MP and James Palmer, Mayor of Cambridgeshire and Peterborough gave speeches.

Modern longer state-of-the-art bi-mode trains are now in service on three routes on the Greater Anglia network – Norwich to Great Yarmouth, Lowestoft and Cambridge – just three years after the contract was signed to buy 58 trains from Swiss train manufacturer Stadler. 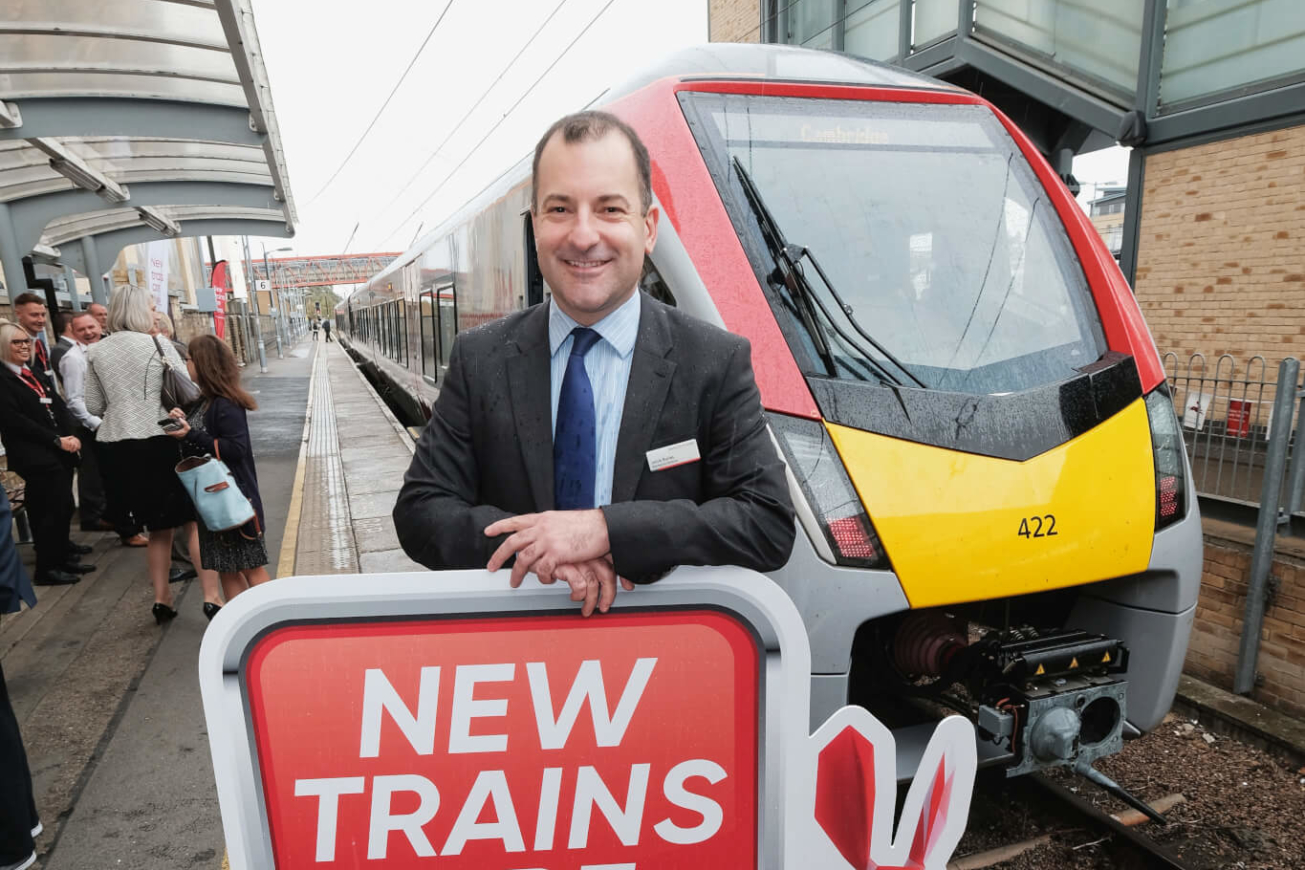 Jamie Burles, Greater Anglia managing director, said: “The Cambridge-Norwich route is one of our busiest regional routes, with increases in passenger numbers reflecting the growth of both cities.

“The line is busy with commuters going to work but also with students from the towns and villages served along the route going to school, college and university in Norwich and Cambridge.

“Our new trains are longer, with more seats, and facilities to help passengers make the most of their travel time such as plug and USB points and free fast wifi.

“These are intercity quality trains on a regional route – and appropriate for a line which travels between East Anglia’s two biggest cities. Feedback from customers has been overwhelmingly positive.”

Discover the benefits of life in the City of Stories

Could canine capers be the secret to human happiness and productivity?

The Stadler trains have lower floors, with sliding steps at every door which bridge the gap between the train and the platform, making it easier to get on and off the train with wheelchairs and pushchairs.

They are some of the first trains in the UK to be financed with long-term investment from pension funds and insurance companies through Rock Rail East Anglia, a joint venture between Rock Rail, Aberdeen Standard Investments and GLIL Infrastructure.

Greater Anglia is getting a further 111 electric commuter trains from Bombardier, procured by Angel Trains, which will run into Liverpool Street from Cambridge, Hertfordshire, Essex and Suffolk.

"A transformation for rail users in East Anglia is firmly underway, with greener, cleaner journeys and a more comfortable and reliable service"

“Our priority is delivering a truly passenger-focused railway that sees our trains running on time. A transformation for rail users in East Anglia is firmly underway, with greener, cleaner journeys and a more comfortable and reliable service for those who use the line regularly.”