One night in Hethel: Tech Corridor heads to the launch of the all-new premium sports car – the Lotus Emira 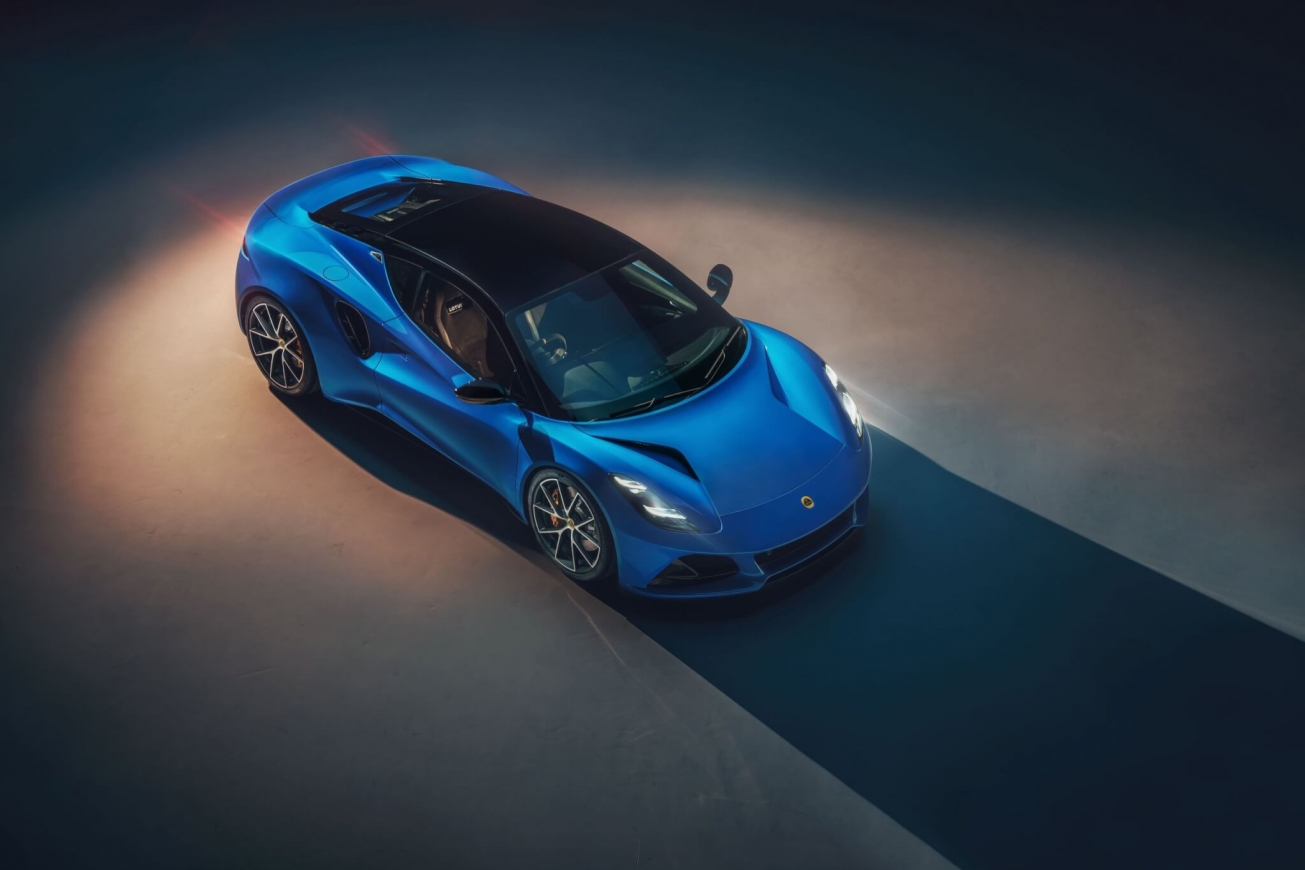 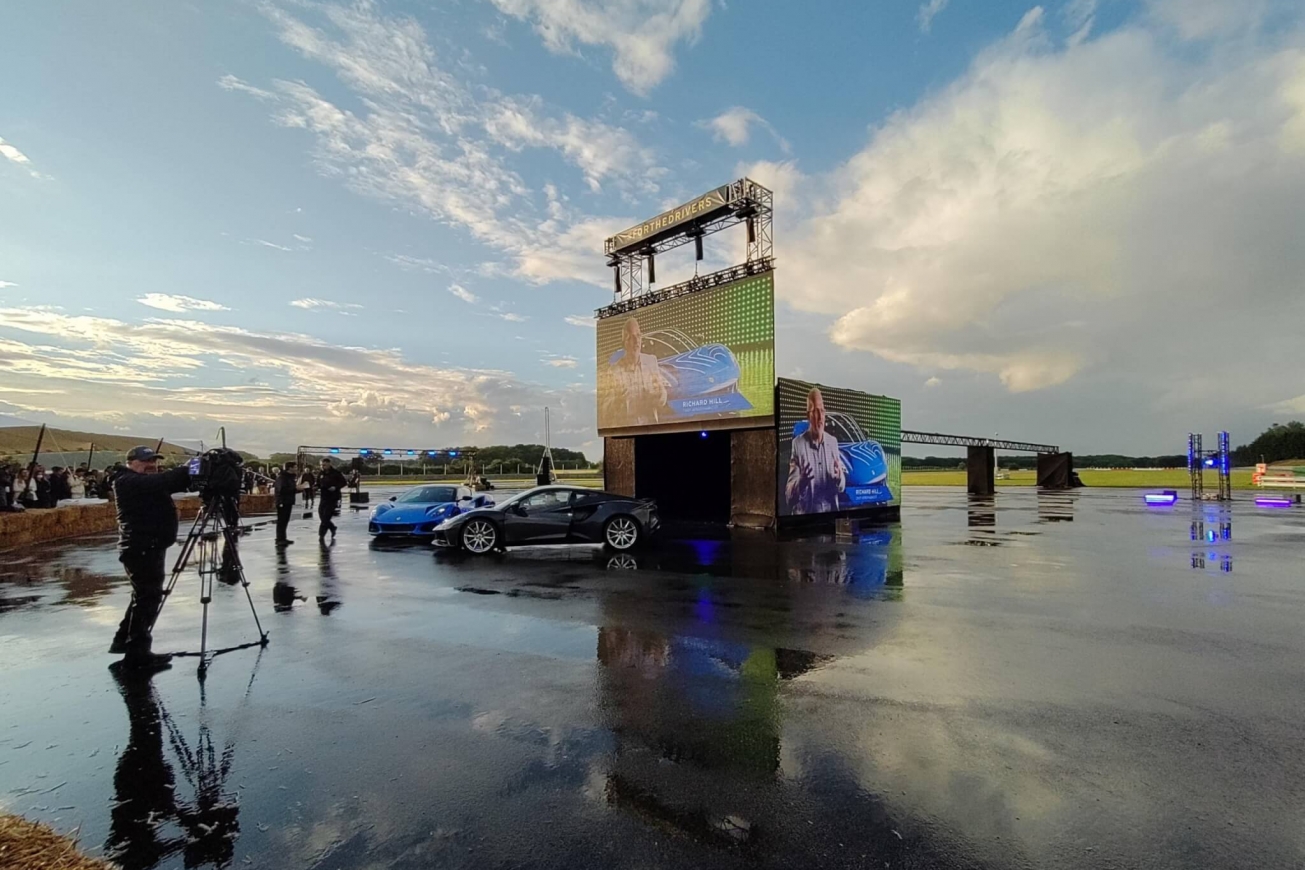 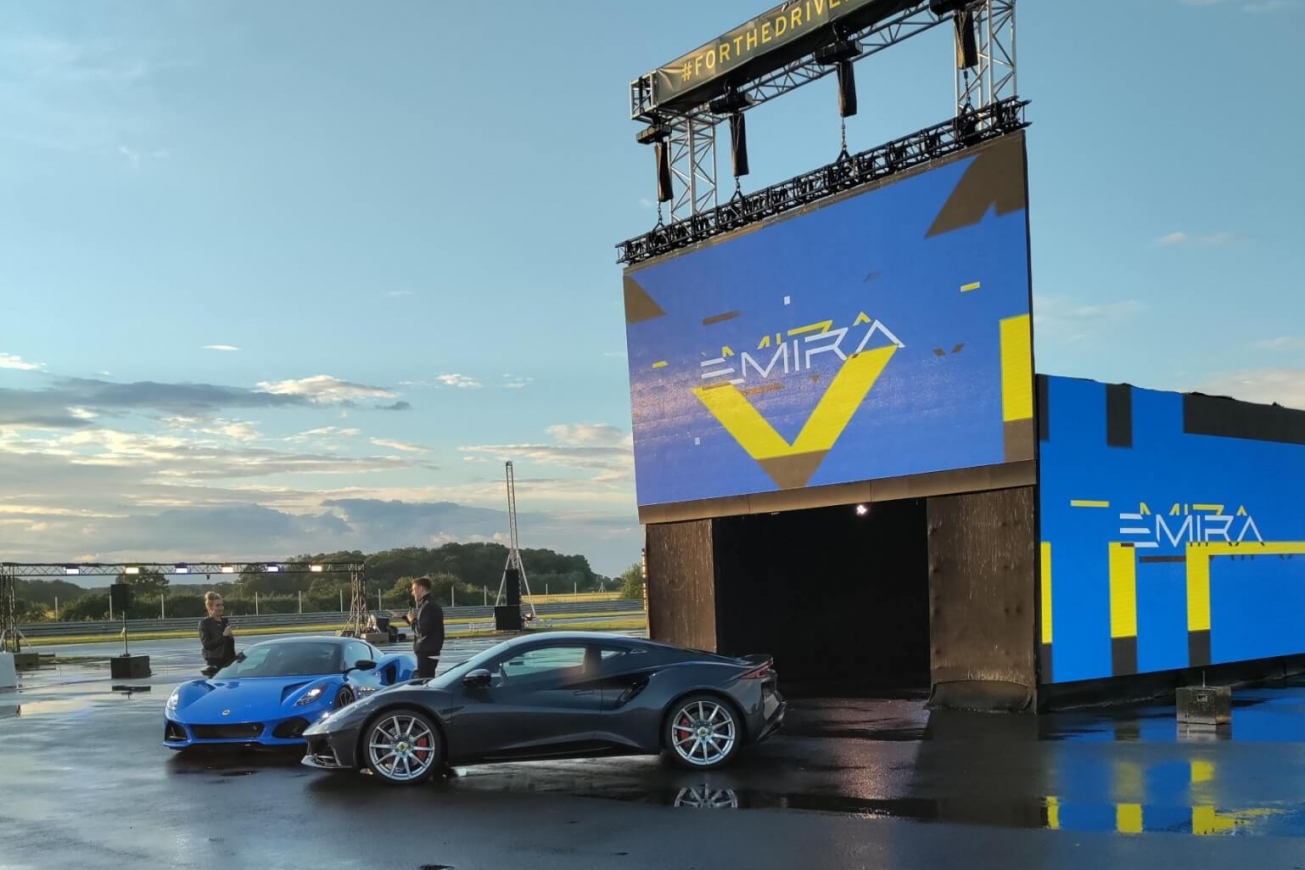 “It’s exceptional and I’m a big fan” said ex-F1 champion Jenson Button after lapping Hethel track in the all-new Lotus Emira on a slightly drizzly but atmospheric Norfolk evening. Our programme director, Linn Clabburn was thrilled to be invited for the grand unveiling of Lotus' final petrol-powered sports car, and boy, what a night it was!

It was another night for the Hethel history books as resurgent British sports car manufacturer Lotus gave a world debut to the all-new Emira. It was staged live in front of an on-site audience of VIP media, ‘honoured guests’ which thankfully included us, the Tech Corridor, with tens of thousands more viewing the simultaneous online broadcast from all corners of the world.

The hour-long live-action unveiling was centred on the iconic Hethel test track and culminated in a high-octane lap of the north circuit by an Emira – officially the last petrol-powered car from Lotus. That lap drew to a close on the steering pad, directly in front of the audience as they witnessed the ‘unboxing’ of another Emira.  Atmospherically the clouds chose this moment to clear and let in some much needed early evening sunlight, perhaps symbolically capturing the new dawn this latest launch brings for the global, iconic sportscar manufacturer. 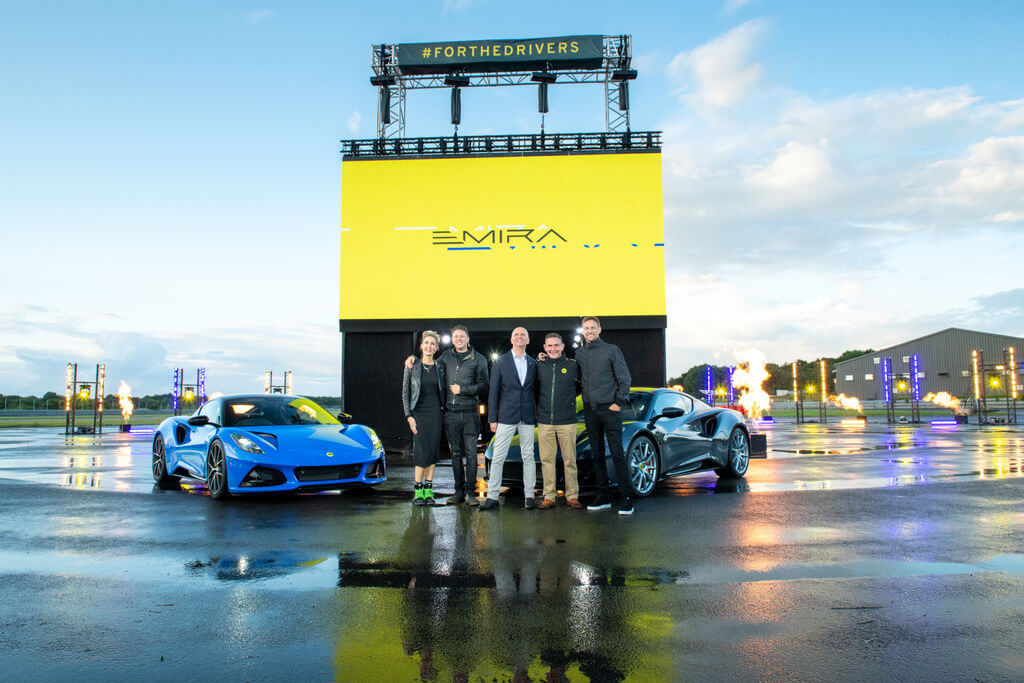 Matt Windle, Managing Director, Lotus Cars, told guests: “The Emira is an absolute game-changer for Lotus. It’s a hugely significant milestone in our path to becoming a truly global performance car brand. It’s a new sports car – our first in many years – and what an offering it is from Lotus!”

Former Formula 1 World Champion and Lotus customer Jenson Button was revealed as the evening’s special guest. A film of him putting the Emira through its paces on the Hethel track was played, with Jenson delivering his exclusive ‘first drive’ review live to the audience.

Jenson commented: “It’s being called a junior supercar but it would give a lot of supercars a run for their money… and it’s more comfortable than most of them! The Emira is exceptional and I’m a big fan.” 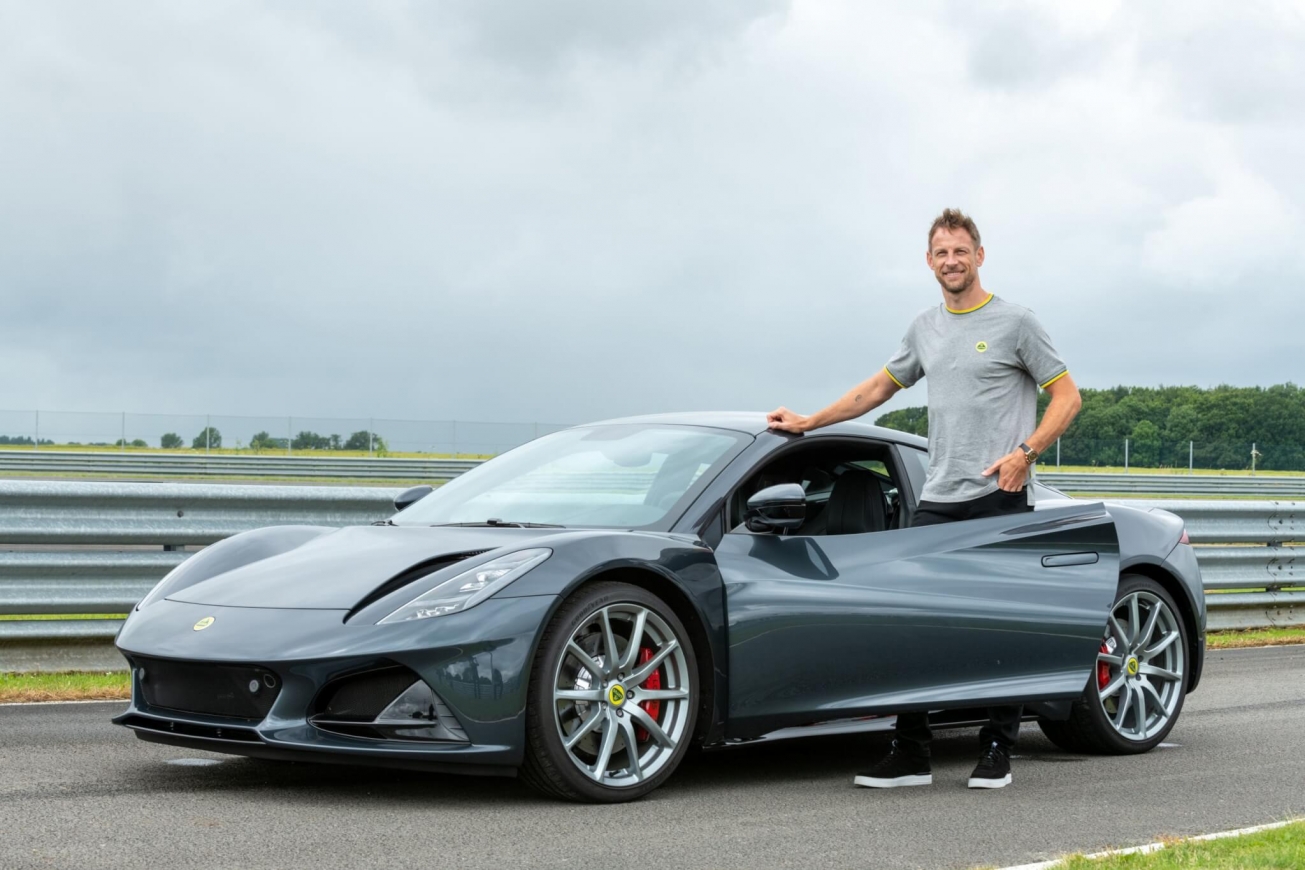 As well as providing a platform for the Emira’s debut, the event was designed to turn the spotlight on Hethel itself – upgraded as part of a £100million-plus investment in Lotus’ UK operations. Guests took part in a walking tour of the site to see the transformation, which includes the all-new production line and paint shop where the Emira will be built, starting later this year.

Despite the time differences, Lotus retailers across the globe – from China and Japan to North America and Europe – staged parties in their showrooms, inviting valued customers and Emira prospects to watch the event live. In addition, highlights from the broadcast are being played through the next week on billboards internationally – at London’s busy Liverpool Street station, where the train line from Norwich ends in London, and in downtown Los Angeles – proudly showcasing Lotus’ UK home to a truly global audience. 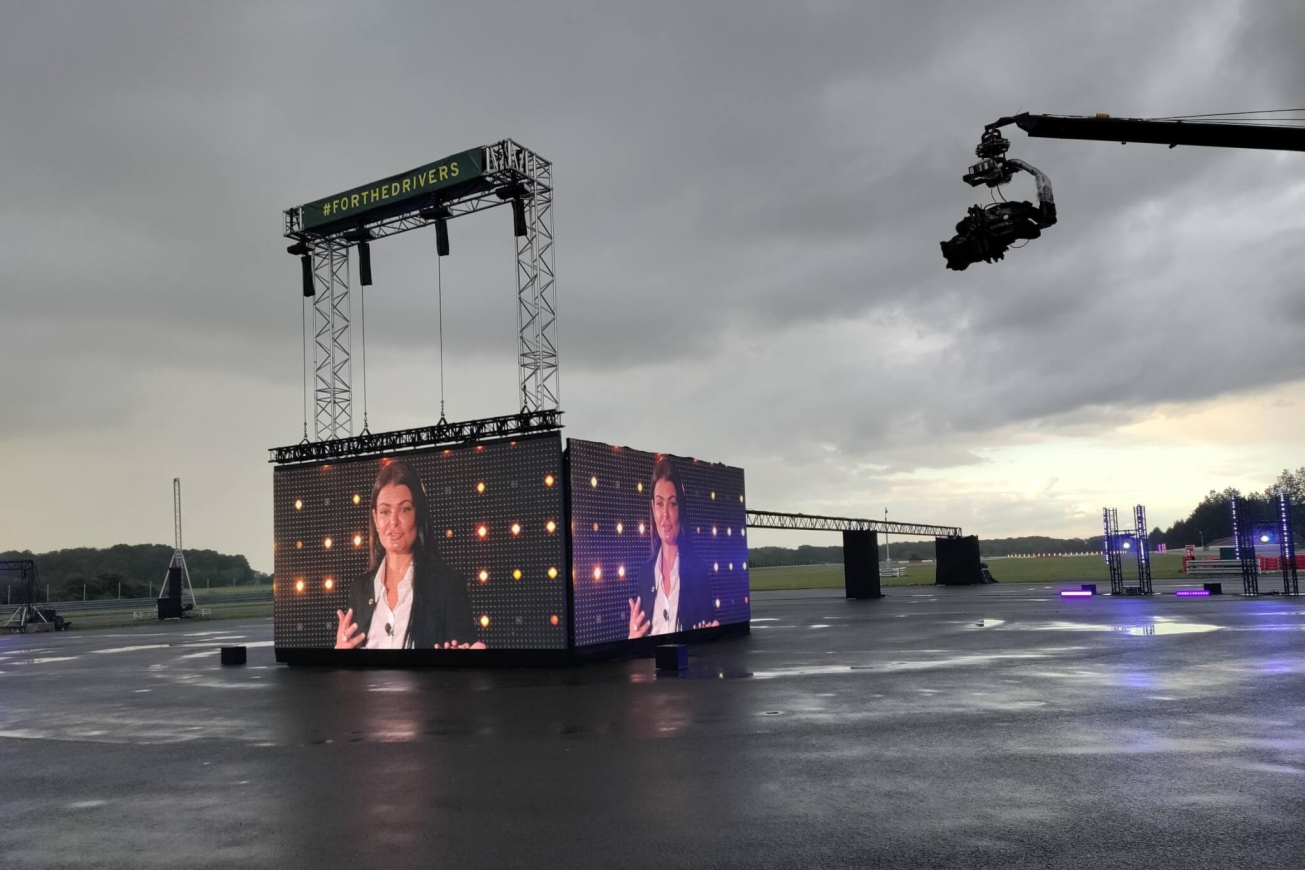 The event also gave a great opportunity for Lotus to showcase the impressive talent they have attracted to their Hethel HQ, harnessing the vital, diverse skills and experience needed to fulfil their ambitious Vision80 strategy.  Male:Female Lotus leadership talent profiled in the evening’s showcase was notably and refreshingly balanced.

Speakers included Barbara Garcia, Head of Manufacturing Programmes at Lotus, who 3 weeks ago was revealed as the recipient of Autocar’s Great Women: Rising Star Awards for Manufacturing.   In announcing Barbara as the overall winner in the Manufacturing category, the judges said: “In a really strong category, Barbara impressed us with the way she’s already made such an impact at Lotus, despite only being there for just over a year. Her ambition stood out, as well as her ability to work outside her immediate sphere of responsibility to deliver innovative solutions, while remaining within budget, a vital skill for the manufacturing sector.”

Great to see women leading the way in automotive ⁦@lotuscars⁩ launch of the Emira #forthedrivers pic.twitter.com/br0wmsbWgS

We will be speaking to Lotus Cars in coming weeks to see how we can work with Lotus to leverage the enthusiasm and vision of this female talent, to inspire the next generation of diverse, manufacturing talent in the Tech Corridor. 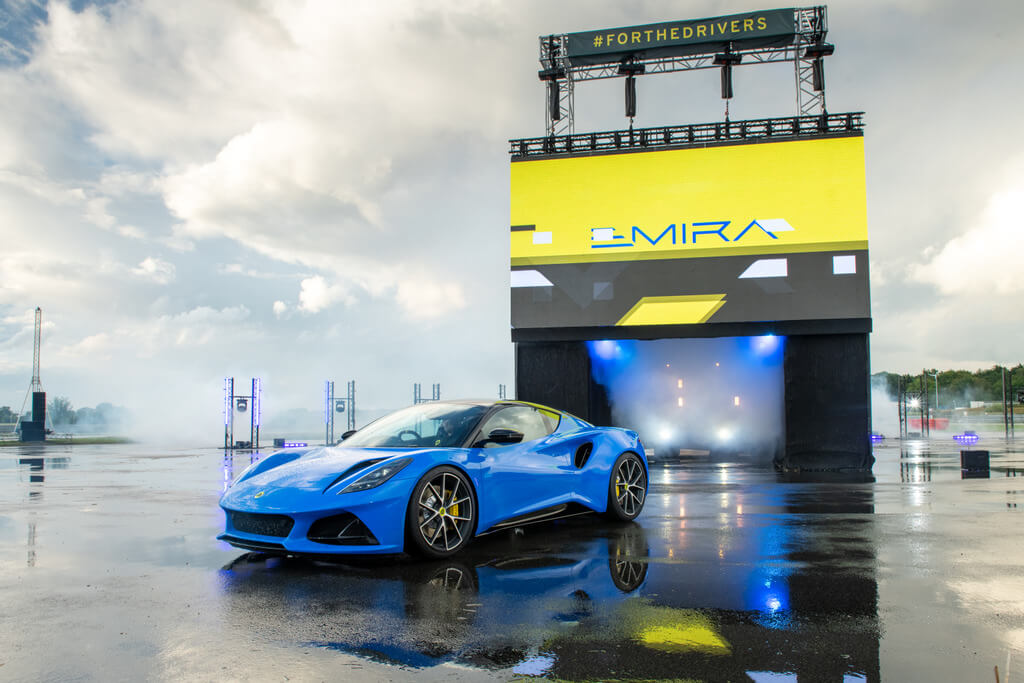 Next stop for the Emira is this weekend’s Goodwood Festival of Speed, where the car will make its public dynamic debut.

As the event closed, Matt Windle commented: “What an amazing night we’ve had and what a fantastic way to launch the Emira. We have a sensational new sports car – the most accomplished Lotus ever – and we’ve unveiled it at a rejuvenated Hethel, a site still changing every week because of our investment. Together they are the perfect illustration of the ongoing transformation of Lotus.”

More about the Automotive & EV cluster in the Tech Corridor

Bringing the all-electric hypercar to life