The A-Z of Disruption: E is for Entrepreneurship

What makes a disruptive entrepreneur stand out from the crowd? We asked the experts in the latest instalment of our A-Z of Disruption series.

Entrepreneurs are often disruptive by nature, but what are the qualities that drive them to succeed? We asked two experts from the region’s tech community about the characteristics they look for in a disruptor.

Find out more about The Disruptors here.

"Creating the conditions for a paradigm shift" 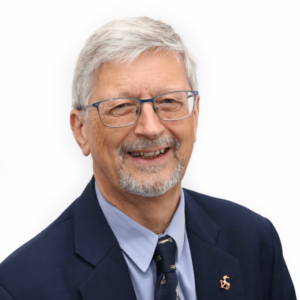 David Dent is an experienced scientist and businessman, and now holds the post of Royal Society Entrepreneur in Residence at the University of East Anglia’s school of biological science.

He says; “Every entrepreneur has a number of attributes that mark them out as different from most others who run a business. The very nature of starting up new businesses from scratch involves the ability to take risks, of being unafraid of hard work and unsociably long hours, of tenacity in the face of opposition or difficulties as well as a diverse range of business skills, but most particularly it requires the ability to sell an idea or vision.

“Entrepreneurs have the ability to visualise a future for themselves and their ideas with some notion of the steps they need to take in order to achieve that vision. With a sensation that is akin to a first time parachutist leaping from a plane, entrepreneurs launch themselves into a venture often sustained only by their self-belief, which often, to others, may seem to border on delusional. This is particularly likely to be true where an entrepreneur is attempting to introduce a disruptive technology or a disruptive business process.

“The word disruptive has two different types of meaning of-course – one relates to being troublesome and the other to being innovative. Disruptive entrepreneurs may display behaviours that appear to some to encompass both of these meanings.

“A disruptive entrepreneur, by their very nature, will challenge the accepted orthodoxy. This is simply because anything truly novel, ingenious, unusual or unprecedented will rarely fit the norm. The ability to generate or to recognise such originality and realise the opportunity it offers is a key attribute of the disruptive entrepreneur. We often hear and deride the expression ’thinking outside the box’ which is used to denote something that is different from the normal. The phrase relates to the process of compartmentalisation that arises because it easier to deal with events and issues within an accepted framework of common behaviours, standards and rules, than to do things differently.

“In science, the ‘box’ is called a ‘paradigm’, where it is the common way of thinking, approach or established scientific opinion that is shared by all those working in the discipline. The paradigm represents a limited framework within which each specialist subject is explored. Only when too many unresolved anomalies occur and their limitations and constraints become overwhelmingly apparent does a ‘paradigm shift’ occur, when an extra-ordinary scientist or phenomenon supplants the prevailing orthodoxy.

“The disruptive entrepreneur tends to be someone who creates the conditions necessary for a paradigm shift, or sometimes they just have no regard or knowledge of the paradigm at all and carries-on regardless.  Their’s may be a different world view, which won’t necessarily adhere to the normal rules, the standards or the paradigms that others just take for granted.  And it is this that gives disruptive entrepreneur’s the edge, the ability to see things in a different way that brings about innovation that can be wholly original and disruptive.

“In being disruptive, this type of entrepreneur is quite often seen as being troublesome, divisive and rebellious; these are people who do not necessarily ‘fit’ within the box we might want them in,  perhaps in terms of their education or employability. However, if we want to be innovative as a nation then these disruptive entrepreneurs are exactly who we need to be identifying and supporting – because if given the opportunity and encouraged, the future will always be theirs!”

"Bravery and conviction are fundamental" 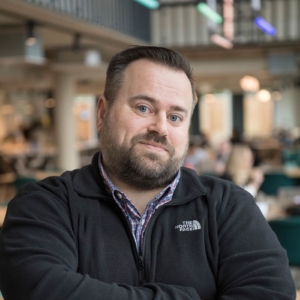 James Parton is managing director of the Bradfield Centre, the tech business hub and co-working centre on Cambridge Science Park.

He says the key qualities for a disruptive entrepreneur are as follows: “Originality & creativity – It all starts with the idea, and then how you manoeuvre around the hurdles you’ll face on the journey.

“Then passion – you and you alone are going to need to get other people excited about your idea – co-founders, investors, employees, customers, partners, and you’ll convince people by being a great storyteller – translate your ideas into a clear message, tailored to appeal to the diverse range of stakeholders you will have.

“This isn’t easy, so bravery & conviction are fundamental – you will be risking a lot to follow your dream, and others will also be betting on you to succeed. That pressure means you will be constantly questioning yourself. Make sure you have a great support network of friends, peers and loved ones when you need a fresh perspective, some advice or reassurance or just a pick me up.

“Finally, be “all in” – the odds are stacked against startups so you won’t win by playing at it. Add a huge dollop of luck and perfect timing, and you just might be onto something!”