What does the future of commuting mean for the Tech Corridor? Here we look at how different modes of transport can help tech companies and their staff. 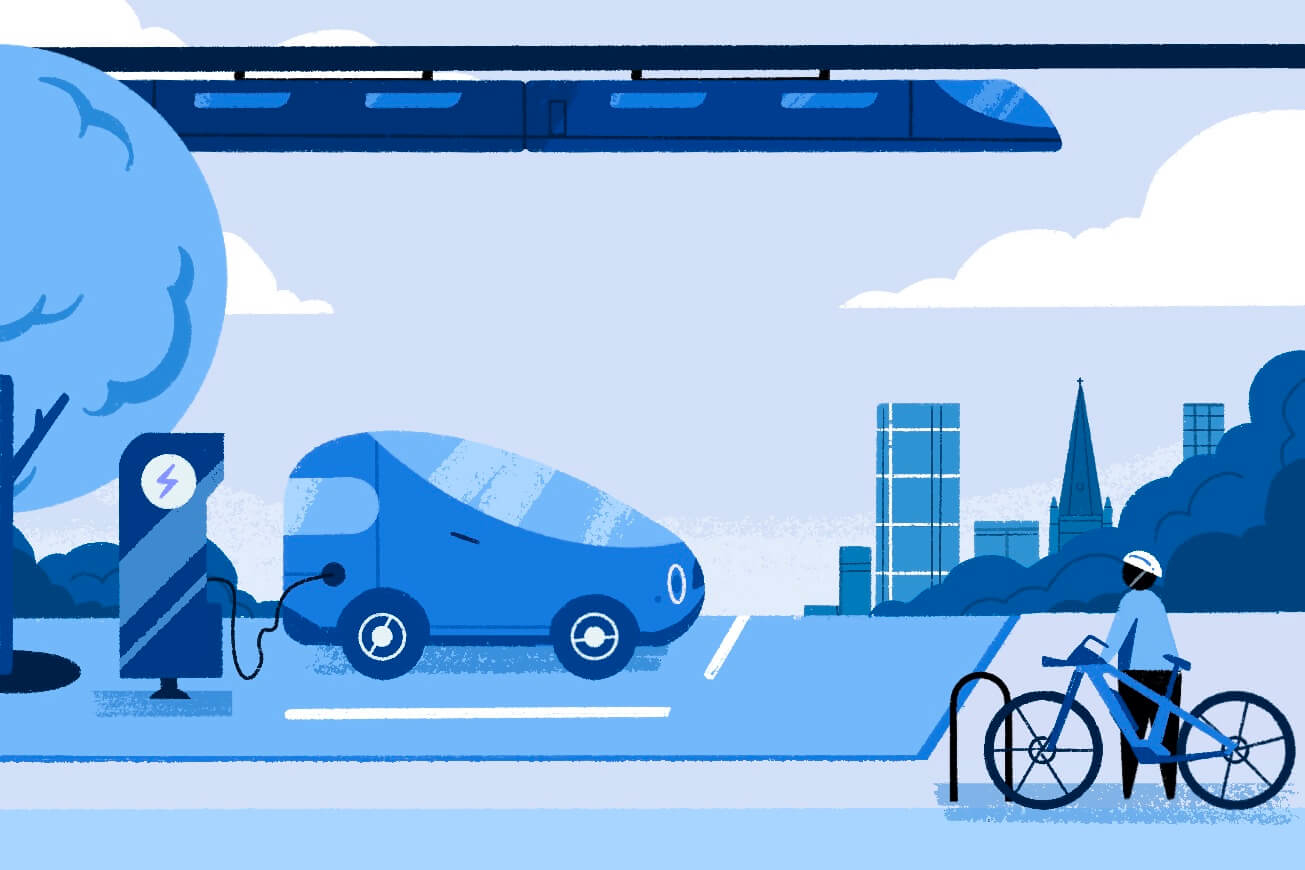 From bikes to cars and even planes, electricity is playing a central role charging up the future of transport.

This is good news for Tech Corridor business Flit, which manufactures folding electric bikes, or e-bikes. The e-bike market has been enjoying a boom in recent years, and it is predicted 130m will be sold around the world over the next three years.

The UK has been a bit behind the curve on e-bikes, but interest is growing rapidly, and Flit CEO Alex Murray expects this acceleration to continue in the coming years.

“You’re looking at growth rates [in the e-bike market] of between 50 and 100 per cent per year,” he says.  “In any industry that’s a dream number. Within that there are certain niches that are growing faster – the last data I saw for folding e-bikes was 200 per cent growth per year.

“The mature e-bike markets like the Netherlands are well ahead of where the UK is right now, so there’s a lot of demonstrable headroom for growth as what we think will continue to accelerate for a good few years.”

So how can the UK encourage more people to see the benefits of pedal power? Alex says proper infrastructure is vital.

“If you have infrastructure where cycling is considered an afterthought, then the types of riders you’ll get are sports cyclists who are happy cycling alongside very fast traffic,” he says. “That’s a low percentage of people. If you have infrastructure that is well-designed and you’re cycling safely and separated from the traffic then you’ll have more families with children cycling to school as well as commuting to work, and you’ll see cycling in general adopted by a much higher proportion of the population.”

While Cambridge is famous as the cycling capital of the UK, other parts of the Tech Corridor are still heavily reliant on the car as the main form of transport. The Tech Corridor Spatial Vision and Strategy report paints a picture of a future where other modes of transport are vital to the growth of the region.

It recommends developing the areas around existing fixed mobility hubs such as railway stations to enable sustainable future growth. Appropriate new mobility solutions can then be developed that supplement and support existing locations.

Alex says infrastructure must be joined up to support the kind of “multi-modal” journeys which are common in the UK and other European countries.

“We tend to find that people are comfortable cycling about 20 to 30 minutes, so they’ll use cycling as part of a journey that includes other types of transport. That could be taking a train and cycling at both ends. So when infrastructure is designed it needs to be designed around those kind of journey and avoid any of the barriers that put people off cycling.

Flit was founded in 2015, and is about to ship its first batch of bikes to eager customers.

“We’re working on doing the next batch as we’re currently sold out,” Alex says. “So most of our effort is just focusing on ramping up production, then we’ll be moving on to the next project, a different type of bike to target a slightly different group of customers.” 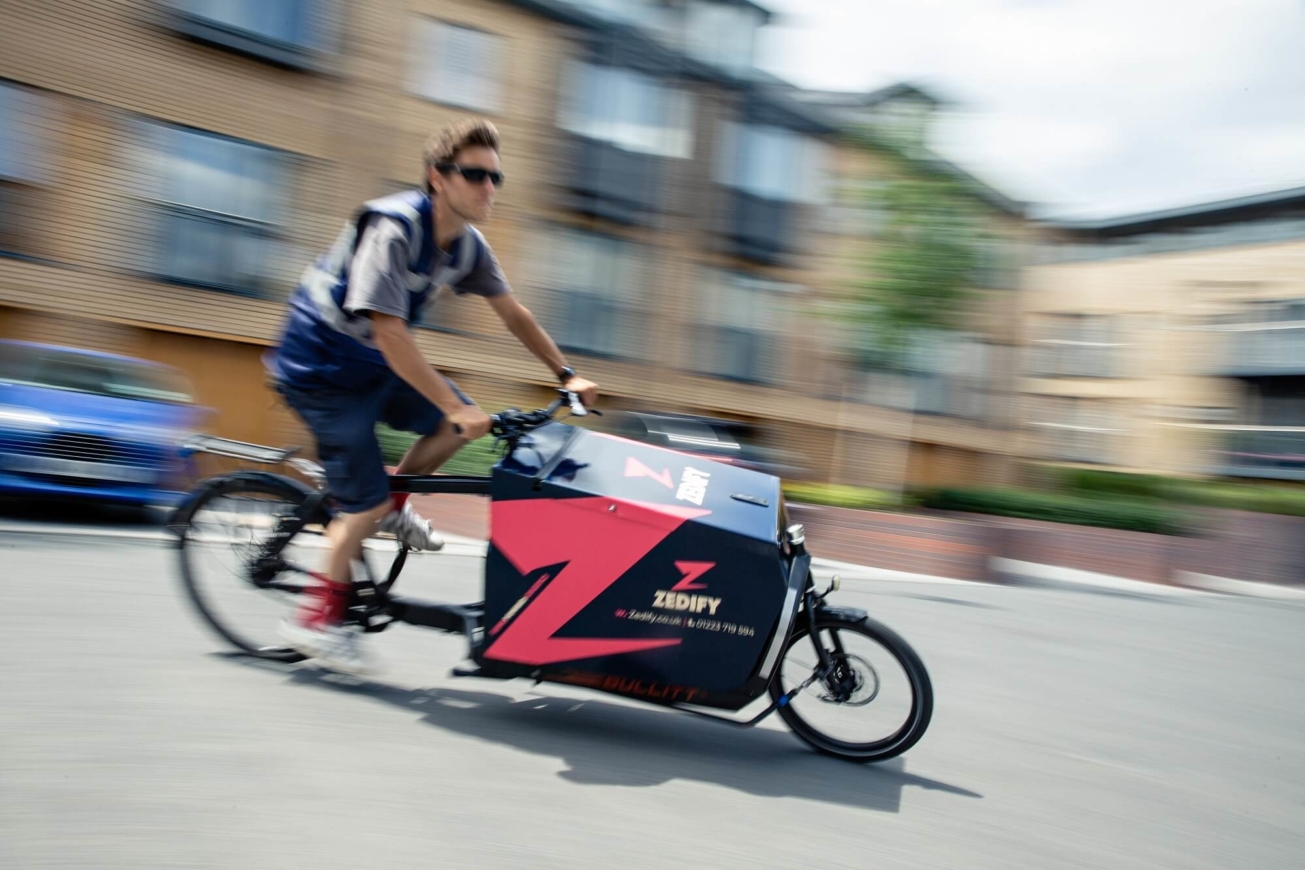 Zedify makes zero-emissions deliveries in cities across the UK

The Tech Corridor is home to businesses ready to shape the future of transport in urban areas, as city centres adjust to a rapidly changing world and the demands of the workforce and consumers.

Five is developing the systems that will power autonomous vehicles, and raised $41m earlier this year when it announced it would pivot away from developing the full driverless car stack and instead focus on software it can license to manufacturers. The likes of Wayve and RoboK are also working on systems that could power the next generation of vehicles.

When it comes to towns and cities, the Tech Corridor spatial vision report recommends investigating the potential for more last-mile solutions to connect clusters and support businesses, such as those provided by Zedify.

Under this company’s model, goods are shipped to a depot just outside a town or city. They are then transported for the ‘last mile’ by the firm’s fleet of zero-emission vehicles, electric bikes or vans. Zedify runs in towns and cities across the country including Cambridge, Brighton and Bristol

“The typical logistics model is to have a depot many miles outside of your city,with the delivery vehicle travelling 60 miles to a town or city, doing its deliveries and coming back out again,” says Zedify CEO Rob King.

“The problem with that model is that you use the same vehicle that may be really good for travelling up and down the motorways but isn’t great in urban environment. What we do is make sure that the vehicles that are used in the urban environment are very much optimised for that purpose.”

Though last-mile services are typically associated with large urban areas, Rob says the Zedify solution is better suited to small cities and towns, and could tie in with the way society is changing as we adjust to life post-Covid-19.

“I think it ties in with the way that cities are organising themselves and changing, with an emphasis on livable streets, walking, cycling,” he says. “That means it’s going to be harder and harder to deliver by traditional means.

“We’ve made our model work in small cities and towns, where we end up being the carrier for urban deliveries,” he says.

“You could see a future where a city or town said we’re going to close off completely to deliveries apart from these types of vehicles. Everything would go through a hub, and that could be really transformational.”

More about living and working in the Cambridge Norwich Tech Corridor

Take the next step up your career ladder

Find jobs in technology in Norfolk, Suffolk and Cambridgeshire